I can change. Brandon Flowers.

Leader of Las Vegas rock band The Killers, famous for great songs such as the mesmerizing one When you were young, Brandon Flowers, has a musical career of his own likewise, when The Killers are not on the road Brandon Flowers renders concerts like this one from Brixton Academy, London, where I can change song was performed.

Brandon Flowers I can change 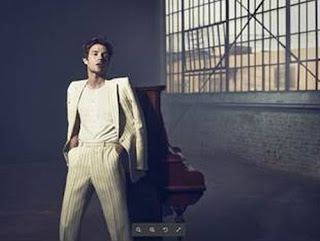 
Brandon Flowers is married to his long-lasting girlfriend to whom he is dating since his teens,  Tana Mundkowsky, they have three children, the grandparents of  Tana are from Lithuania. After many years of parties Brandon Flowers decided to embrace The Church of Jesus Christ of Latter-day Saints. Brandon Flowers and his family are Mormons. He was born in the state of Utah, where nearly 60% of its population are Mormons. You can enjoy now a picture of the family of Brandon Flowers 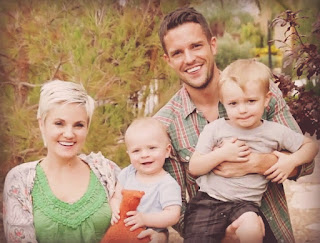 
What do you think of this new live song of Brandon Flowers? Do rate, share and comment.
Posted by Halcombe Norilsk
Email ThisBlogThis!Share to TwitterShare to FacebookShare to Pinterest