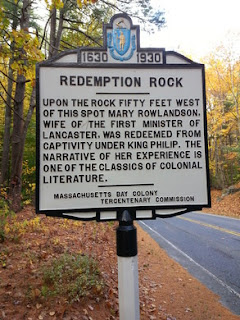 Anne Bradstreet (1612-1672) and Mary Rowlandson (1637-1711) are the two first women publishing literature in North America. The following is the product of reading selected pieces written by them. 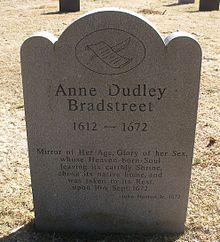 MARY ROWLANDSON VS ANNE BRADSTREET
The stance of Mary Rowlandson and Anne Bradstreet is so evidently conveyed that we are able to know anything we may wish regarding them.

To say the truth, their plays epitomize their lives and wisdom in such a way the only one issue in which they two are coincidental might be they are both women. Consequently, we are facing two different literary figures that are going to be depicted now.

ANNE BRADSTREET
Anne Bradstreet uses literature to express herself, her true persona emerges free from the constrictions of a far too religious and patriarchal epoch, where everybody was extremely scrutinized in every regard.

By contrast, Mary Rowlandson does fully fulfil what a woman is expected from at that time.

Owing to superb writing skills and a wide variety of resources, Anne Bradstreet is able to conceive and express her individuality through a poem written in heroic couplets (“The author to her book”) where she appears as the master of a literary craft “In better dress to trim thee was my mind”.

On a rhymed iambic pentameter poem (“To my dear and loving husband”) where she is a happy wife “Compare with me, ye women, if you can”. On a rhymed iambic tetrameter poem (“Upon the Burning of our house”) in which she defies destiny showing her affliction because her home has being destroyed “Let no man know is my desire”

Lastly, through an elegy (“On my dear grandchild Simon Bradstreet”) she appears like a bereaved mother, talking to her son “Go pretty babe, go rest with sisters twain.”

Anne Bradstreet uses four different styles of writing in which we perceive four different roles of a woman. Unlike her, Mary Rowlandson is only able to describe and tell of her time captive.

MARY ROWLANDSON
Describing the happenings with an utter religious meaning, referring to the Bible all the time and finding a biblical message in everything occurring, from a first attack suffered “It is a solemn sight to see so many Christians lying in their blood like a company of sheep torn by wolves, all of them stripped naked by a company of hell-hounds” to the late rescue episode; “God would have found a way for the English to have passed this river” or from the whole of her time alive while incarcerated “The Lord by His almighty power preserved a number of us from death,” 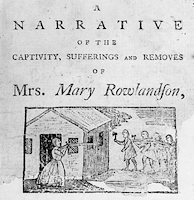 Her literary notoriety is somehow casual insofar as she found herself imprisoned, and at that time stories related to Indian Captivities were extremely popular since a religious significance belies.

Mary Rowlandson perceives everything as written by God, she does not fear because she is a role woman who has God by her side.

She is a victim, yet she does live it in the best possible way, because she knows God will find a method to save her.


The acquaintance of Anne Bradstreet with god is evident, yet her sheer literary quality is so fabulous the only thing they share is being women. Mary Rowlandson vs Anne Bradstreet
Posted by Halcombe Norilsk
Email ThisBlogThis!Share to TwitterShare to FacebookShare to Pinterest