A snowfall at the Pyrenees

I decided to stop writing the other day. I write daily but it can make you being far from reality, and this is not positive. As a result, I took a big suitcase and packed plenty of stuff to live an adventure. The location was going to be the Spanish Pyrenees, a unique place to say the truth. (READ THIS IN SPANISH Pyrenees-Pirineos) 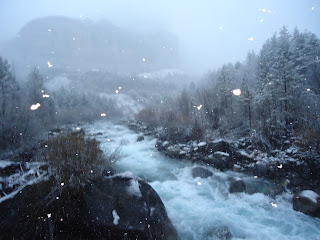 AN INCREDIBLE SNOWFALL AT THE PYRENEES
Despite we are in the middle of April, the weather informed me the sun was out for a whole week. I prepared myself to live the adventure accordingly, yet I did not expect what was coming. Indeed, an incredible snowfall started, it was so amazing even people from the Pyrenees did not know what to say. 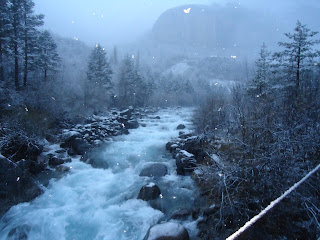 AN UNFORGETTABLE SNOWFALL
Visiting the Pyrenees and being thereby away from the routine could be interesting. The problem was I did intend to run and doing exercise, but it was nearly impossible.

AN INCREDIBLE SNOWFALL AT THE PYRENEES
An incredible snowfall fell and plans changed consequently.
I was with my friend, Diane, who lives in the Pyrenees and her dog, Senshi, a Husky, This is dog comes from Siberia, Russia, hence she feels alive if snow falls. Diane read the final version of the manuscript as my new novel is going to be published very soon hopefully. However, the adventure we were going to live was even better. 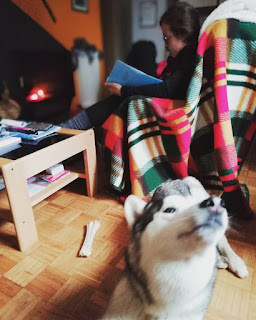 Diane, Senshi and my novel

We walked throughout the mountains while a heavy snowfall was falling, little light, nature in all its splendor and her joyful dog running swiftly. The whole experience was both frightening and amazing, thus it made me be alive and to pen this article. 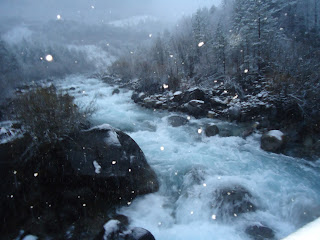