The unsolved death of Gianni Versace

(Original article Versace)  Versace is one of the most important fashion brands in the world. Similarly, the death of its founder, Gianni Versace is still an unsolved crime. This is one of the most fascinating and intriguing cases ever, the crime does not have a solution as yet. This article will help you to understand what happened. 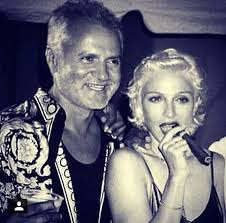 Gianni Versace; the unsolved death of a fashion legend
It was a July morning of 1997, Gianni Versace was killed at the door of his house in Miami. He was 50 years of age, he had come back from having breakfast when a man of 27 years of age shot him. Consequently, Versace died instantly. The murderer committed suicide 8 days later surrounded by the police. Yet, we barely know more than that.

Thanks to Halcombe you can discover now the different reasons the American police still have to explain this murder. The murderer was a serial killer but also a former gay sex worker.

THEORY 1-A SIMPLE THEFT
At first, the police thought this was a simple theft case because Versace had more than 1200 dollars in cash. However, once the name of Andrew Cunanan, the murderer, appeared, new possibilities starting.

THEORY 2-A FAMOUS NAME TO INCLUDE
Andrew Cunanan was a serial killer. Firstly, he had killed a former Navy Official and former sexual client. Four days later, Cunanan went to Chicago and killed a real state promoter. Subsequently, Cunanan killed another person before stealing a van to drive to Miami.

Therefore, FBI included him in the list of the ten most relevant fugitives in the USA. Afterward, this man ended his killings with Gianni Versace. As a result, FBI believed this serial killer wanted a famous name to include on his perverse list.

THEORY 3 VENDETTA. MAFIA CONNECTION
As a killed dove was found near the corpse of Gianni Versace, this made the police believed a mafia connection. As a matter of fact, one book published in the year 2010 told the story of a former mafia boss from Calabria. Gianni Versace was from this Italian Region and a person from the Calabrese mafia assured in this book that Versace owed money to the godfather of Calabria mafia, hence his death was ordered by them. However, the family of Gianni Versace swears Gianni never owed money to anyone. They also announced they were going to sue the people who told this story.

THEORY 4 AIDS REVENGE
Andrew Cunanan, the murderer was a gigolo in his youth. He got on well with older and richer men from whom he obtained a lot of money. After leaving such life he got AIDS and got fat. As a result, perhaps he wanted to take revenge from all men who could have infected him. However, no one is sure if there was a sexual relationship between Cunanan and Versace or not.

THEORY 5 JEALOUSLY
Officials know for sure Cunanan and Versace met each other before the killing. They met in a gay club in San Francisco. Besides, in an opera play in the same city in another occasion. Some even say Cunanan went to Italy and met Versace there, in the famous Lake Como. But there are more possible meetings between them that are not revealed.


American police know for sure that Versace and his boyfriend had hired gay social workers in the past. Nevertheless, the boyfriend of Versace at that time does not remember having hired Cunanan. Still, a friend of Cunanan said that the murderer was obsessed with the people all around Versace, people working with him or even his boyfriend.

What is more, a Brazilian girl told the police she saw Cunanan and Versace dancing at a party in Miami two days before the death of Gianni. The police have not closed this case.

The sister of Gianni, Donatella Versace, became the business owner and still rules. Her daughter, Allegra, is the legal person who will inherit the millionaire empire of Versace. Everything else is still a mystery.
Posted by Halcombe Norilsk
Email ThisBlogThis!Share to TwitterShare to FacebookShare to Pinterest