Rinko Kikuchi is a prominent Japanese actress that has become a global movie star sensation due to her performances, elegance, intelligence, style and beauty. However, we shall forget her about the movie Map of the Map of the sounds of Tokyo that is pretty awful, it was intended to show us Tokyo or Japan but we only see Rinko Kikuchi and the Spanish actor Sergi López (not very recommendable on this occasion...) without clothes on. 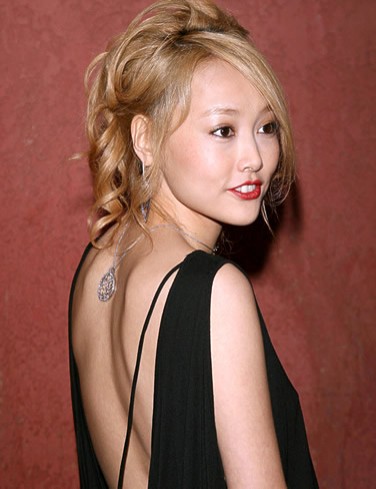 Rinko Kikuchi on the blog of Halcombe Norilsk


That detail aside, Rinko Kikuchi whose real name is Yuriko Kikuchi  became the first Japanese actress nominated for an Academy Award in decades. She was born in Kanagawa and you are to discover her best pictures and info.Mexican director Alejandro González Iñárritu surprised everybody with his fabulous movie "Amores Perros" that let him to reach Hollywood,

subsequently, he made 21 Grams that was another powerful story with important acting heavyweights such as Sean Penn, Benicio del Toro or Naomi Watts. His 3rd film was the one that gave him worldwide recognition definitely, Babel, it is a tale of different stories taking place in Asia, America or Africa. Regardless of the success, Babel was not as good as his first project Amores Perros (that I strongly recommend anyone who likes movies) except for the performance of an unknown Japanese actress named Rinko Kikuchi. 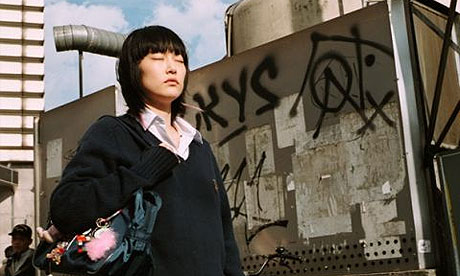 
Rinko Kikuchi was nominated for her role in Babel for many important awards, it was really the big thing to watch on this movie that was rather disappointing or in other words, it was not the masterpiece many claimed it to be. Rinko Kikuchi was nominated for best supporting actress on the big night of Hollywood for instance (Jennifer Hudson won the Oscar that year) she was the best nonetheless according to the Critics Association of Chicago and Austin (Texas).

Babel won an Academy Award and a Golden Globe and received a lot of important nominations,  but in my opinion, as I have mentioned already,  is Rinko Kikuchi who really should be praised and Amores Perros the greatest Alejandro Iñárritu´s movie to date that I even consider it to be one of the best movies made in the last 20 years.Rinko Kikuchi plays Mako Mori in Pacific Rim.

Babel henceforth, Rinko Kikuchi has not been shining so deep until the last couple of years that has been starring some interesting movies such as Norwegian Wood or right now Pacific Rim, as a matter of fact, she is back in the business with the movie Pacific Rim that is being released this summer. Furthermore, she is to appear on a movie named 47 Roning with Keanu Reeves in a couple of months time. Mako Mori is the name of the character Rinko Kikuchi plays in Pacific Rim. She has to save the world even though she lacks experience but we strongly believe she can do it Cannot she? What it is really strange is that Pacific Rim was going to be premiered in 2012 yet it has been delayed until this summer. It has received positive reviews and also a video game has been made inspired on it. 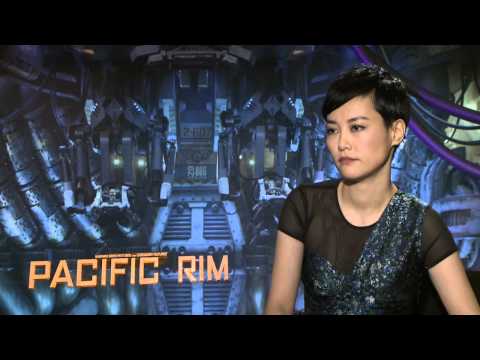 Pacific Rim is directed by Mexican filmmaker Guillermo del Toro (that has nothing to be with Benicio del Toro) responsible of other science fiction movies such as Hellboy. 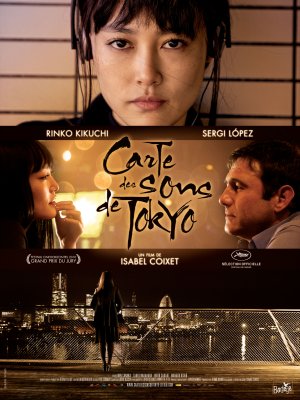 47 Ronin is Rinko Kikuchi´s forthcoming movie and Map of sounds of Tokyo her worst ever.

Rinko Kikuchi has also worked for the fashion Industry. I you did not know this Japanese actress I hope you can discover her role in Babel, the movie Amores Perros and enjoy her new films. Likewise, you can share Halcombe´s opinion on the brilliant skills Rinko Kikuchi owns. Please, do share rate or or comment if you have enjoyed this post.
Posted by Halcombe Norilsk
Email ThisBlogThis!Share to TwitterShare to FacebookShare to Pinterest