A kitten, House of Cards and Kevin Spacey

"Every kitten grows up to be a cat. They seem so harmless at first, small, quiet, lapping up their saucer of milk. But once their claws get long enough, they draw blood. Sometimes from the hand that feeds them" Kevin Spacey, House of Cards

This is not more than a brief introduction to one of the best monologues of one of the best characters in fiction history, either from television series or movies. Kevin Spacey, winner of two Academy Awards because of his performances in American Beauty or Usual Suspects stars House of Cards (he won a Golden Glow Award likewise for this role). Kevin Spacey is a dark character who is able to do anything in order to fulfil his goals, he always has his wife by his side, the wonderful actress Robin Wright, in one of the best moments ever written, Kevin Spacey stars a friendship with a humble blogger who wants to become a journalist, starred by Kate Mara (sister of actress Rooney Mara) the relationship ends in such a way that the answer of Kevin Spacey could not be a better one, you can watch it now. 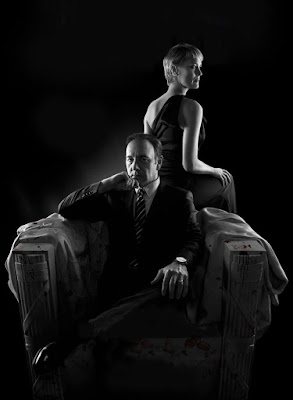 House of Cards, Kevin Spacey and a kitten