After the failure of Julius Caesar, Roman Emperor Claudius did conquer Britain in the year 43 AD. In the year 410 AD notwithstanding, Roman Empire disappeared and the period that was opened henceforth in England until the Wars of the Roses (York family had a white rose as symbol and Lancaster family had a red one (this historical event inspired writer George R.R. Martin to write the now famous Game of Thrones) that ended with the Battle of Bosworth and  Henry VII as first member of Tudor dynasty crowned king of England (1457-1509)) these epoch has Beowulf as its capital play as far as literature is concerned. Roman historian Tacitus explained how Britain was all about back then, yet nothing as Beowulf to understand it fully 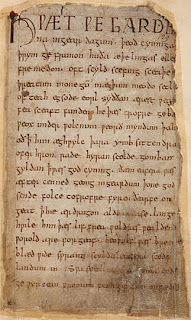 It is said Beowulf was written by two scribes although the author is strange to us as yet. Beowulf manuscript it is kept in British Library in Central London but it was owned by Sir Bruce Cotton from 1571 to 1631. Enthralling book Beowulf is divided in different 3 parts
BEOWULF
1 Beowulf is a warrior that offers his services to Hrothgar, king of Danish people in order to vanquish Grendel who is frightening Heorot. By attaining such a feat Beowulf does pay a debt his dad Ecgetheow owned

2. Mother of Grendel wants to revenge the death of his son from the hands of Beowulf, yet Beowulf proves his valour again making himself even more famous.

3. 50 years after the second adventure, Beowulf is crowned king succeeding his uncle Hygelac, Beowulf and 12 warriors fight against a dangerous dragon, eleven of them did abandon Beowulf, all of them Wiglaf aside who helps Beowulf to kill the dragon. However, Beowulf is deadly hurted, Beowulf dies subsequently but asks Wiglaf to build a barrow in front of the sea so that people can remember him forever. As the warriors have betrayed Beowulf bad times are approaching, the wyrd (destiny) is to make justice and nothing good will take place after the decease of Beowulf  (Beowulf in Spanish Beowulf) 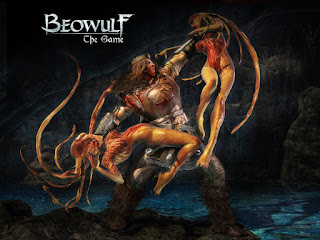 Beowulf
Posted by Halcombe Norilsk
Email ThisBlogThis!Share to TwitterShare to FacebookShare to Pinterest