Professional baseball player Jose Bautista from Dominican Republic who belongs to Toronto Blue Jays was the star of one of the best moments of last year on NorthAmerican Baseball league, last October 14th, 2015 he rendered such an impressive Three Run Shot that not only Toronto Blue Jays won that match, they defeated the baseball team from Texas. Likewise, they became the favorite team to win Baseball World Series. Jose Bautista was the star all over Toronto and he inspired tattoos, t-shirts owing to his cogent reaction as you can discover right now. 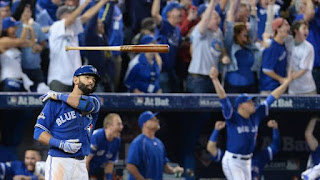