They may be now renowned fashion supermodels to whom fashion industry pamper unconditionally yet we are all humans after all and many of them have experienced peculiar, surprising and even shocking incidents that you are invited to discover right now. Supermodels 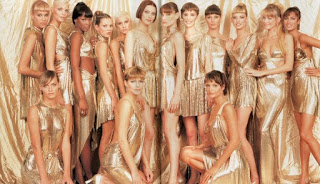 
SUPERMODELS
British supermodel Rosie Huntington-Whiteley is allegedly to have been heavily mocked at high school because of her body and look. Can you believe it? She had such an unpleasant time she does not even want to recall it.

Another British supermodel, Jourdan Dunn had a child at the kind age of 18 years old. This is not the problem though, the real problem comes when the father was arrested as it was discovered he was drug dealer, a popular cocaine seller.

·   Aussie supermodel Miranda Kerr (engaged recently to Evan Spiegel who has created Snapchat although Facebook refused to hire him years ago) was dating Adrian Camilleri long ago who was a financial expert but he was arrested due to fraudulent praxis regarding deeds of him and the stock exchange. Miranda Kerr lost plenty of money as a result but she refused to sue him, instead, Miranda Kerr dumped him.

·    Swedish Victoria´s Secret angel, Elsa Hosk, was a professional basketball player in Sweden prior to become a supermodel. Has she made the right choice? Are all Swedish female basketball players as gorgeous as her?

·   Legendary fashion supermodel Alessandra Ambrosio had her ears reduced as she felt ashamed of them at the inception of her career. Has it been her secret to still be today a key fashion figure after so many years on the catwalk?

·   Another Brazilian supermodel, Adriana Lima, considered one of the most beautiful women in the entire world kept her virginity until her marriage even though fashion is on many occasions related to lust and sex scandals. Adriana Lima married Serbian basketball player Marko Jaric although after having had two children they are now divorced.

·   Dutch supermodel Doutzen Kroes speaks a little known language that is only spoken in smalls parts of Holland, Germany and Denmark, Frisian, as she is from the north of Holland.

·     Another famous supermodel, the South African beauty Candice Swanepoel also speaks a very special language Afrikaans that derives from old North European languages that were introduced and mixed with local languages in the south of Africa when colonization came. Candice Swanepoel grew up in a rural farm; she is now pregnant as her supermodel friend Behati Prinsloo. Likewise, Behati Prinsloo (who is married to popstar Adrian Levine) does also speak Afrikaans as she is from Namibia.

Danish supermodel Josephine Skriver, an impressive new Victoria´s Secret Angel is the daughter of two gay parents; she was conceived through IVF (In Vitro Fertilisation). Her mum posted an advertisement on a gay magazine looking for a man to have a child. Apart from having a brother, Josephine Skriver has 4 parents, two gay couples formed by her mum and dad. Josephine Skriver can be deemed as the most special supermodel in the entire world
Posted by Halcombe Norilsk
Email ThisBlogThis!Share to TwitterShare to FacebookShare to Pinterest