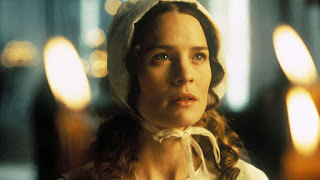 Likewise, the narrator is the protagonist herself, something that makes Moll Flanders book being aloof from the term novel, a concept that was not so renowned back then as it is nowadays, hence this narrative strategy makes it been considered an autobiography rather than otherwise.

What is more, the protagonist spends a far great period of her life being a thief, an outlaw, and such a great criminal she becomes to say the truth. Not only this attribute was widely embraced by those kinds of writings, this also makes the character appertain to an expected end where is able to scrutinize everything conveying a dissimilar tenor to the one we at first devised reading her adventures. The aforementioned is of paramount importance when it comes to spiritual biographies and to Moll Flanders alike.

Also, it is interesting to point out how the society of the epoch is seen thanks to the adventures of Moll Flanders, albeit this is an underlying aspect, we understand how at that time things were like.

All in all, Moll Flanders by Daniel Defoe depicts the life of a character in such a way that it becomes a clear example of spiritual autobiography achieved with a proper exercise of sociological determinism. Moll Flanders Moll Flanders
Posted by Halcombe Norilsk
Email ThisBlogThis!Share to TwitterShare to FacebookShare to Pinterest