Scarcely could we have been acquainted with such dissimilar poems as the two consigned to scrutinize; My life had stood-a loaded gun by Emily Dickinson and Song of Myself by Walt Whitman with regards to imagery, albeit these two authors achieve what they want plus both represent modernity. Walt Whitman vs Emily Dickinson 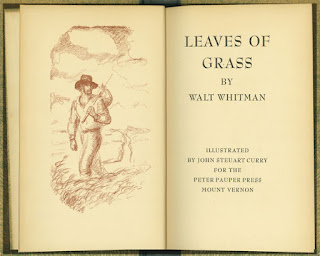 Barring the extension of both poems (Song of Myself is a great deal longer than My life had stood-a loaded gun) these two pieces of art, are different likewise in every imagery aspect we might think of.


Whilst the poem by Whitman epitomizes imagery in all its splendour, allowing the reader to elaborate a vivid mental picture of everything conveyed.

Without going any further, we have these examples “Observing a spear of summer grass” (line 5), “the flog of my disposition” (line 16) or “the handkerchief of the Lord” (line 17). Similarly, “the young fellow drives the express wagon” (line 69) or “This grass is very dark to be from the white heads of old mothers” (Line 31), the aforementioned, works as literal language appealing to our senses, the poetic voice is evident therein.

On the other hand, Emily Dickinson pens a poem embracing a technique known as “Omitted centre”. The imagery on this poem is not as clear or as evident as the imagery in the poem by Whitman. 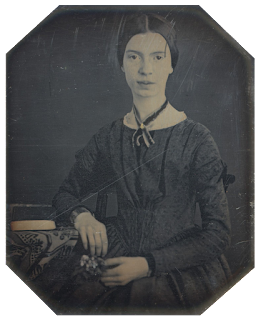 Phrases such as; “We roam in sovereign woods” (line 5) “I guard My Master´s head” (line 14), “On whom I lay a Yellow Eyes” (line 19) can leave us both speechless and frustrated.

What Dickinson leaves is open to interpretation. So open that the crucial information is omitted in purpose, thus the meaning is not evident, it is abstract. Indeed, there are discussions about what this poem in reality means to date. Furthermore, while Dickinson is famous for her economy in language, Whitman is because of his verbose poems.

Poetic voice of Dickinson is unclear as her life was. By contrast, Whitman does make his voice evident; this is a big difference amongst them. Howbeit, we ought to point out that these both authors broke from previous ones in the sense they paved the way for modern literature, being afar from religious themes that were extremely popular in the past.

In accordance with the imagery concept, the only thing both authors can be compared to is they attain their aim and they are less close to God than what was recurrent.

Notwithstanding, these two writers provide us with two utterly different uses of imagery; Whitman uses it clearly to explain his feelings. Conversely, Dickinson uses it to make the poem ambiguous. Walt Whitman vs Emily Dickinson
Posted by Halcombe Norilsk
Email ThisBlogThis!Share to TwitterShare to FacebookShare to Pinterest