The Dream of the Celt

The Dream of the celt is the first book I have ever read from Peruvian author and Nobel Prize winner Mario Vargas Llosa. I do not believe this is one of his most popular books, yet it is a great novel nonetheless. 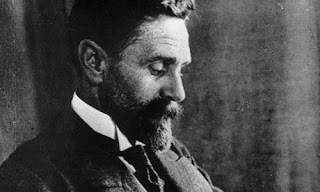 THE DREAM OF THE CELT-ROGER CASEMENT
What I have enjoyed on this novel is how it is told. We start discovering the protagonist is in prison.

Soon thereafter, we know about his childhood in current Northern Ireland, youth in Liverpool and his travels to Congo and South American jungle (frontier between Perú and Colombia, Putumayo region) as he is working for the British Empire and he is in charge of writing reports on how foreign potencies are working and using Indians (South America) and native people (Africa) in order to extract and trade rubber throughout the world. 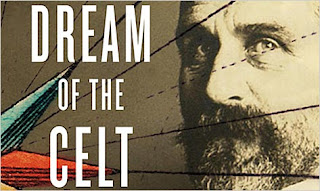 Roger Casement The Dream of the celt

Seeing how European empires have exploded poor countries makes him aware of the problems of his own. Henceforth and after having received a knighthood from British authorities, he embraces the fight of Irish nationalism to make Ireland independent.

When he was young, he believed colonialism was great as European nations were supposed to help poor countries in Africa, Asia or South America. Nonetheless, he was one of the first to denounce officially the cruelties and abhorrent deeds rich countries attained in order to control overseas nations.

Likewise, it is assured he was the one who told Joseph Conrad everything he needed to know. Subsequently, Conrad wrote his masterpiece Heart of Darkness thanks in part to Roger Casement. Such intriguing life is depicted in this brilliant novel. Yet, there are a lot of things that are unclear with regards to the life of Roger Casement.

His personal life does not seem right, let alone for a Catholic country like Ireland. However, are all rumours true or just a plot from British authorities to discredit Roger Casement and imprison him for treason???

This is the real account of the life of an Irish legend but Vargas Llosa makes a novel with all the episodes of his life and the result is outstanding, really interesting as the life of a person who it is unclear as yet who was in real terms.
Was Roger Casement a hero, an intellectual, a fool or a deviant?? Read The dream of the Celt, it will not disappoint you.

"I SAY that Roger Casement

Did what he had to do.

He died upon the gallows,

But that is nothing new."