Yet, if we compare them to the reality plenty of people face, is nothing. Therefore, Halcombe is to give you his opinion regarding how the world is, today  is the turn of Inés Arrimadas and Catalonia (there are a lot of articles regarding the world as the last one that talked about Donald Trump and North Korea) (Read the following article in Spanish-Lee el siguiente artículo en español Halcombe) 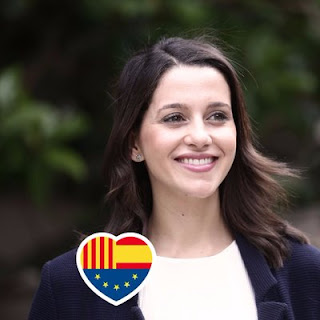 CATALONIA
Catalonia is a very special region. It has mountains, beaches, it is divided in four provinces.

Girona
Girona for instance, is the province where painter Salvador Dalí was born. In the north of Girona, you can find some beautiful mountains.

Lleida
Another region is Lleida, it has plenty of countrysides. It is a rural province.

Tarragona
Tarragona has plenty of sunny beaches. This is a very popular province for the inhabitants of my region, Aragon. Due to the proximity, a lot of people go to Tarragona to have a good time at the beach.

Barcelona
Barcelona is the best city in Spain. What is more, is an international place not only for businesses but also for tourism, sport or knowledge.

INÉS ARRIMADAS
Inés Arrimadas was born in the south of Spain, as millions of Spanish workers who went to Catalonia in order to get a job. By contrast, politicians from Catalonia are people who are very proud of their heritage, yet they forget the reality and pluralism of Spain and Europe.

This is why a woman like Inés Arrimadas should be the president of Catalonia, hence stopping the problems Spain is having. There was an election last December, she was the winner but she does not have enough votes.

There has never been a woman ruling Catalonia and apart from being a pride for women, she can also be an example for women from rural areas of Catalonia who have not seen the world.

This is the key issue if women from rural parts of Catalonia can understand that a strong woman with culture and born in the south of Spain can be the president of Catalonia, not only Spain and Europe will be better. The world thereby.
Posted by Halcombe Norilsk
Email ThisBlogThis!Share to TwitterShare to FacebookShare to Pinterest