He is a marginal artist that plays alternative punk music. His first 3 albums are great ("Ya hera ora", "la nueva mayoría", "Resina agua y ajo") He even appeared in a movie. However, the last two decades have not been very prolific for him. In this 2020 he is back and he is going to tour Spain with his new album "Tanto tonto monta tanto". His lyrics have always been very funny and clever.

I last saw him at a concert in Zaragoza in the year 2014 and I had not heard about him hitherto. Having him again in the music scene is great news for the punk music industry. 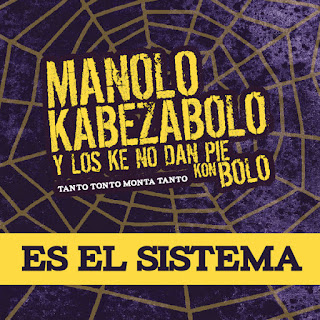 To end up, a very punk song by Manolo Kabezabolo "Otro pirulo"