The truth about Brexit

David Cameron had a relevant majority and he was ruling Britain comfortably. After gaining the Scotland referendum in 2014 (he only allowed it to end the prospect of an independent Scotland forever as the polls gave a clear majority against independence but now the Scotland independence movement has grown stronger because of Brexit) he wanted to put pressure on the European Union with a Brexit referendum so that obtaining more money from the European Union. Besides, he wanted to get rid of radical members of his party who hate Europe (now these radical members rule the party). He thought it was impossible that British people would vote to leave the European Union. He thought his plan was great and he would show the European Union that Britain deserved more money. Read this in Spanish Brexit

At the same time, Boris Johnson madly wanted the job of David Cameron (they were both educated in the same school and had been competing against each other since their respective political careers started) and the only way to end the career of David Cameron was to support Brexit so he started a campaign full of lies.

Boris Johnson writes a weekly column regarding politics for The Daily Telegraph and he was going to write an article saying how important the European Union is and how bad for the United Kingdom was leaving the European Union. However, as David Cameron announced his Brexit referendum he changed the column and he announced he was going to support Brexit. He thereby wanted to end the career of David Cameron. The Brexit supporters started a campaign full of lies to give David Cameron the sack and they won unexpectedly as remain supporters did not defend their position fully and now Boris Johnson is the premier of the UK.

The only person who has obtained something positive with Brexit is Boris Johnson, the people of Britain will suffer a lot. Brexit is a historical mistake that can end Great Britain and its beautiful greatness. In fact, support for the independence of Scotland has growth and Northern Ireland is alone and near leaving Great Britain.

Boris Johnson knew about this but Brexit was the only way to be the Prime Minister of Great Britain. This is very, very sad, because Britons were told lies to vote leave and now they are going to face the harsh reality 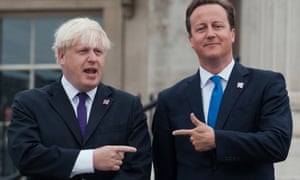 The truth about Brexit

The Brexit supporters wanted to take control of the Conservative party and ruling Britain. And they have obtained it with the Brexit issue that it is an old nationalistic English movement that tells old tales about the British Empire that does no longer exist. Northern Ireland and Scotland wanted to remain in the European Union and now they want to leave the United Kingdom.

The press in Britain is conservative and they will invent stories to support Brexit but the reality is clearer. Brexit is a mess and Britons will be poorer. Likewise, Boris Johnson will have to travel to Brussels often to negotiate as Britain has to make business with the rest of the European countries but they will have no right to decide anything as they have decided to leave the European Union.

Politicians do not look after their citizens; they only look after their interests. A great farce has been created. After more than 3 years the United Kingdom has finally been able to leave the European Union but now they will start to negotiate an agreement that can last years. England can lose now Scotland and Northern Ireland breaking forever Great Britain (we must remember that the peace in Northern Ireland was signed after decades of blood) and everything thanks to the ambition of Boris Johnson who is now rich and powerful.