This is Why Lionel Messi Stays at Barcelona

Lionel Messi is according to my belief, the best footballer in football history. His career has always been linked to Fútbol Club Barcelona. Nonetheless, there was some breaking news at the end of August. Read this in Spanish Lionel Messi

Messi sent an official message to the club announcing he was leaving. Relevant teams such as Manchester City, Paris Saint Germain, or Inter Milan were guessing how to sign him. 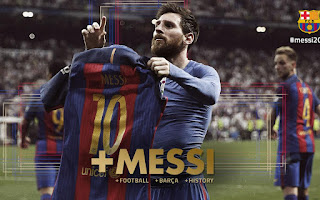 Notwithstanding his position, it was not going to be so easy for Messi as he has a contract until June 2021, thereby if a team does want to sign him, it must pay 700 million euros.

This sum is so huge that no a single football team was going to pay it. If Messi had explained before last June he wanted to leave, Barcelona would have allowed him to leave for free, yet Messi announced his decision at the end of August. Messi wanted to explain that the football season had ended late because of the coronavirus but his contract did not say anything regarding a special case as the one the world is living.

As a result, Messi would go to a trial which he would probably lose. This is the reason Messi has decided to stay in Barcelona this season. Everything that has happened is truly severe as far as his image is concerned because, what is more, if he waits one year he can leave the team for free hence he could have saved this turmoil.

The best friend of Messi, Luis Suárez, is no required by the new coach Koeman who wants to get rid of him. Besides, Ernesto Valverde, former manager of Barcelona on whom Messi did really get well was sacked uncomprehensible at the beginning of January. Lastly, the humiliating defeat Barcelona received in its match against Bayern Munich recently made Messi to leave Barcelona

Fútbol Club Barcelona pays Messi 50 million euros annually tax-free (Barcelona spends 100 million as a result) and he is the emblem of the team that plays for him. Messi has made a mistake but he is such a good player everything will be forgotten soon. Furthermore, there will be a trifle audience at the football matches now thus people will not demonstrate against him.

Messi announced his decision with the following video that contains English subtitles.

Read this in Spanish Lionel Messi

About me: Halcombe Norilsk