Miami Heat had been resting comfortably, they had one week off to prepare the Second Round of NBA Playoffs within Eastern Conference while Chicago Bulls had to play 7 games to beat Brooklyn Nets. Lebron James did receive his 4th MVP  the day before, besides, Bulls have many players injured as Derick Rose, Kirk Hinrich or Louol Leng are out of competition


Everything seemed easy for Miami Heat, playing at home against a tired squad that misses its best players, yet if a team can overcome this legendary Miami Heat is Chicago Bulls. Jeremy Butley has been the player who has guarded Lebron James making him seem somewhat vulnerable, his 24 points have not been enough for Miami Heat. However, the best player has been Nate Robinson who has scored 27 points and the last seven points of the game plus 9 assists. The next match is this Wednesday but seems clear that the path to win the NBA finals is not to be as easy as it was believed for Miami Heat. 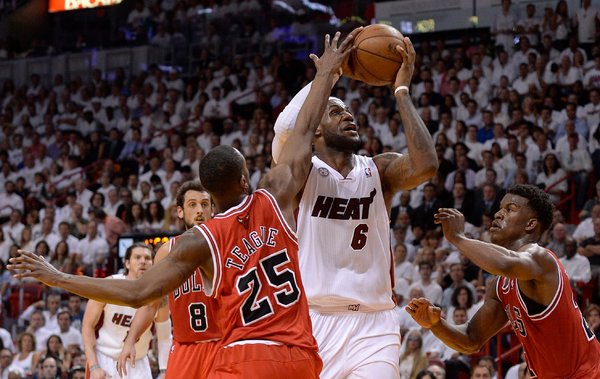 Chicago Bulls were the squad that ended the successful 27 straight winning games that had made Miami Heat be on the verge of becoming the best NBA team ever. Wade and Bosh only scored 23 points together hence if Miami wants to keep up dreaming these two key players must play better tomorrow. Some years ago, Chicago won the first game but they were defeated by Miami Heat the following four games, many remember this event. Notwithstanding, after this first game who can doubt of the endurance and quality of this Chicago Bulls? 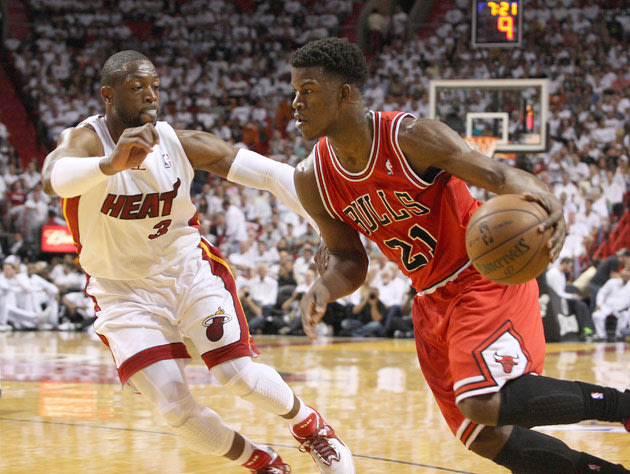