“I think, much like Gatsby, you envision your life in a certain way and you hope one day you can make it happen. Like Gatsby, I’m a dreamer. To be in the movie industry you have to be. The idea of being able to reinvent yourself, like Gatsby did, is something anyone can identify with" Leonardo DiCaprio

Leonardo DiCaprio talks about The Great Gatsby that is one of the most important films of this 2013, Moreover, the novel The Great Gatsby by Scott Fitzgerald is considered one of the finest books ever written by an American novelist albeit this post is about how much Leo DiCaprio resembles in real life this character nonetheless, because the charm Gatsby was able to convey seems Leonardo DiCaprio has it all...


Everybody knows  Leo DiCaprio is being snubbed unfairly by Academy Awards inasmuch as not only his recent movies were great, his performances in films such as Django Unchained (Christoph Waltz did win an Academy Award when he was not better than DiCaprio) or Shutter Island should have given DiCaprio a nomination at least. Notwithstanding, this great actor is beating any male counterpart in one of the most important aspects of men´s nature... In fact, no many guys can look down on his friends naming the numerous glamorous girls DiCaprio has been dating thus far making any guy feel humiliated. What is more, some Academy Awards winners would die to be Leonardo DiCaprio for one day (o even two)

You are to see the most recent women Leo Dicaprio has conquested. Going forward, we will talk of  Wolf of Wall Street that after The Great Gatsby will bring Leo DiCaprio back to our lives this fall.

WOLF OF WALL STREET AND THE WOMEN OF LEO DICAPRIO

LEONARDO DICAPRIO AND BAR REFAELI
Israeli Model Bar Refaeli and LeoDiCaprio created one of the best couples in Show Business, during 6 years were the talk of the town (with even some breaking ups too) and everybody were jealous of them until one day they decided it was time to end their relationship because none of them were ready enough to settle down. 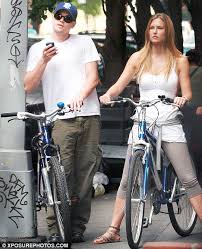 During 5 years ( from 2000 until 2005) Leo DiCaprio was dating one of the most important models ever, Brazilian beauty Gisele Bundchen who is now married to football star Tom Brady with whom she has two children. Gisele Bundchen was not so famous when she was alongside Leo DiCaprio throughout the red carpet albeit now she is the most important model in the world, the best paid at least although she is no working so hard as in the past would do.

Gisele Bundchen and Bar Refaeli henceforth Leo Dicaprio has dated other women. For instance, Victoria's secret models have caught the wise eye of Leo Dicaprio making Erin Heatherton and Barbara Palvin the lucky ones whose heart was owned by our fortunate idol. 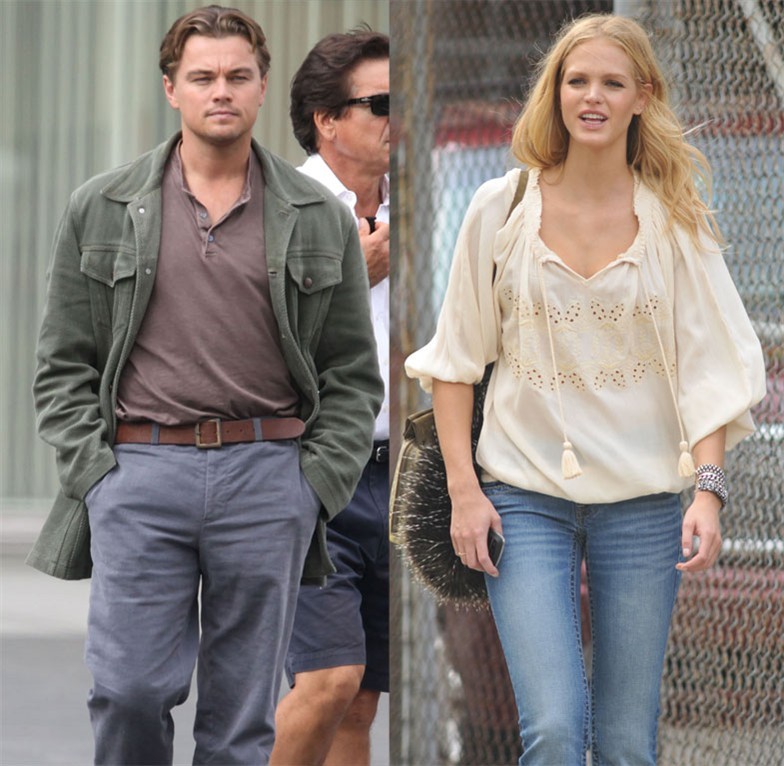 ERIN HEATHERTON AND LEO DICAPRIO
Erin Heatherton is an American model, born in the state of Illinois within a Jewish Family is one of the few angels in Victoria´s Secret (whilst there are some models working for this lingerie brand only a few of them have a higher status being chosen as angels (Candice Swanepoel or Alessandra Ambrosio are other examples).


Erin Heatherton was just the best replacement DiCaprio found for her romance with Bar Refaeli, yet they did not last so long, in fact, they broke up in October of 2012 after ten glamorous months because they did want to focus on their busy careers having no much time left to keep a stable relationship.

The Hungarian model, that is also now the face of Intimissimi, was linked to Justin Bieber, something she did have to deny as she has far too much style something the pictures you are to see prove. The relationship between Barbara Palvin and Leo DiCaprio started just after the split between Heatherton and Leo himself although it was not a lasting relationship. Hot Stripper

The main protagonist of Gossip Girl (if only Leighton Meester allowed us to say such a statement) is becoming one of the main young stars of the current age of Hollywood. She has appeared on movies like The Town, Savages or Green Lantern where she met her actual husband, the actor Ryan Reynolds. Prior to this marriage, she dated as you can guess, Leonardo DiCaprio for six months that perhaps were the best of her life.

The Californian actress was going to appear on the last movie of Steven Soderbergh, Side Effects, however, she will always be remembered as Serena from Gossip girl with her friend/nemesis Leighton Meester with whom she did one of the best Rolling Stone Covers of the last 5 years.

After finishing the relationship with Blake Lively. Aussie model Alyce Crawford  had one with DiCaprio who was filming The Great Gatsby in Australia. Alyce Crawford is just a young model that has a bright future beyond this gossipy news

LEO DICAPRIO AND MARGOT ROBBIE. THE WOLF OF WALL STREET

One of the best movies of this year is The Wolf of Wall Street that is to be released this Fall in The States (in November it has been said and in December in Europe). Directed by Martin Scorsese and is based on the book with the same title of the author Jordan Belfort who knows the world of finances perfectly. The name of the female star is Margot Robbie who is a very young Australian actress that also stars TV Series Pan Am. She will be seen on the movie with him although she is meeting him in real life too 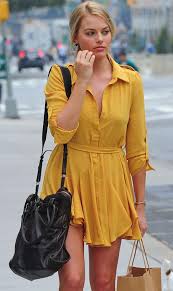 
Margot Robbie is the last woman to see the skills of DiCaprio as actor and lover although no many believe this relationship is too formal. Her debut acting took place in the famous Aussie soap opera Neighbours

Born in Romania but raised in Italy model Madalina Ghenea was expelled from High School as she appeared on sexy photos hence her teachers decided she should leave that school. She started modelling at 14 years old, she is an important underwear model.

She has been also dating British actor Gerald Butler and has appeared on some movies too.Leonardo DiCaprio and Madalina Ghenea met in Australia

LEONARDO DICAPRIO AND KENDAL SCHULER
Another young Aussie model has been linked to Leonardo DiCaprio while he was shooting The Great Gatsby. Did he was too deep on the character or just getting relaxed?

Lastly, the current girlfriend of Leo DiCaprio is German model  Toni (Antonia) Garrn who also works for Victoria´s Secret and is one of the best newest young models.
Posted by Halcombe Norilsk
Email ThisBlogThis!Share to TwitterShare to FacebookShare to Pinterest