The Bridge on the River Qwai and its unknown facts

"The reason that made David Lean accept the whole project of the movie The Bridge on the River Qwai, everything related to the ownership of the screenplay or the lyrics of the song everybody has whistled will never stop amusing us"

"Despite its fame, lyrics of the main melody of movie The Bridge on the River Qwai have been always confused and ignored because of its rudeness"

How on earth somebody that barely speaks the language is capable of writing  a screenplay winner of the BAFTA Award?

Unknown facts of movie The Bridge on the River Qwai.
If we were transported right now to the year 1958 and we were watching the big night of world cinema we would have clapped enthusiastically seeing how David Lean won everything with The Bridge on the River Qwai. We had probably gone to the movies to watch it as it was the most successful flick that year and we had ignored therefore its two rivals "12 Angry man" of Sidney Lumet and Witness for the Prosecution of Billy Wilder. The bridge on the river Qwai 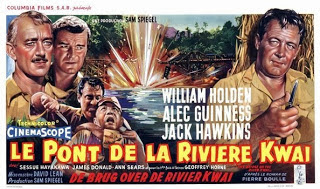 Little did we have known then about the reality behind the classic The Bridge on the River Qwai and the greatness of the two losing movies which are amongst the best ever produced. Luckily, time allow us to analyse everything that have taken place with neutral dexterity.

Even though it is not a bad movie The Bridge on the River Qwai was excessively awarded back then and if you compared it to the sheer lucid direction of Sidney Lumet and the artistic riches of the screenplay of Billy Wilder you would realise that the power Hollywood Productions own, the opportunity of that story on that particular epoch and the propagandist element of its message overcame the better technical quality of the movies 12 Angry Men and Witness for the prosecution. These two movies would have won everything anytime, yet on this occasion they were left with nothing. 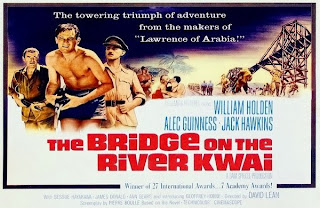 Witness for the prosecution
Witness for the prosecution is based upon a story written by Agatha Christie and tells off a peculiar judicial case within London. Marlene Dietrich´s performance and above all Charles Laughton´s one are amazing, the screenplay is full of cleverness and witty details, it can be a confusing story but it is a title you should always have in your film collection 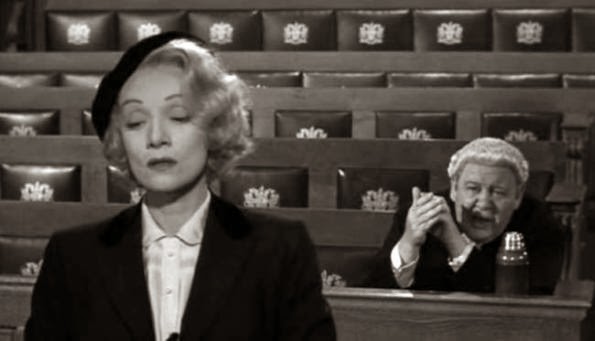 12 Angry Men
12 Angry Men makes the supposed perfection of the popular juries look ludicrous. It has a great performance in the hands of Henry Fonda, even though it is merely recorded within a room the whole filming turns out to be of a superb quality. 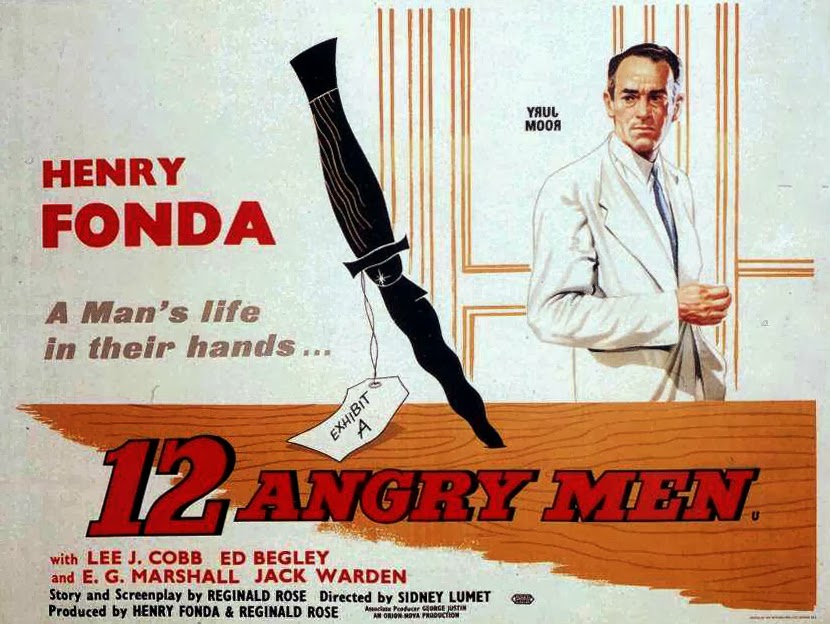 Novel Bridge on the River Qwai by Pierre Boulle.
The bridge on the River Qwai it is based on the novel of French writer Pierre Boulle inspired as well on a true story, British soldiers working under Japanese officials built on that bridge during Second World War in Burma with the result of more than 2000 deaths (it is unknown the exact amount) American aviation destroyed it and afterwards it was built again in metal (the bridge does exist today albeit not on the exact situation but close to it).

Michael Wilson and Carl Foreman Screenwriting of The Bridge on the River Qwai.
Notwithstanding, that it is not the most surprising fact but the authorship of the screenplay, Michael Wilson and Carl Foreman were in the Hollywood blacklist of McCarthy Senator because of their liking for Communism so that their names were omitted on the credits of the movie and publicly too.

To say the truth, the two writers did not work together, the screenplay was started by Foreman and it was finished by Wilson as David Lean was specially harsh and persnickety when it came to screenwriting and he usually hired more than one writer to pen all his projects.

Consequently, it was assured that the writer of the original novel, Pierre Boulle, was responsible of The bridge on the River Qwai´s screenplay.

Nonetheless, the French writer was so horrified and got so angry when discovered that his Japanese general was not as sadistic as the character is on his play and the end was not loyal to what he had conceived that he did not want to recognize it. What is more, he even felt insulted because General Nicholson did not act as the way he wrote it but Hollywood obliged him to make us believe the screenplay was his in order to avoid any troubles with US Government.

The problem did not end here nonetheless as while winning the BAFTA Award on the category of the best screenplay everybody realized that Pierre Boulle did not know a lot of English therefore How on earth somebody that barely speaks the language is capable of writing  a screenplay winner of the BAFTA Award? Boulle himself, said he was receiving it because of his book. It was hardly a secret that he had not written that screenplay but the truth had to be kept secret however happened. 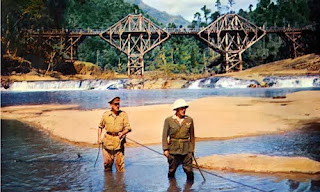 The Bridge on the River Qwai

To make matters worse,  Pierre Boulle, because he was angry, embarrassed as he did not want anybody to discover what had happened (or perhaps because he did not know English either) did not attend to the Academy Awards of 1958 to pick the Oscar for best screenplay, somebody from the Studios (Columbia Pictures) did saying Pierre Boulle was overwhelmed and was too shy to go there.

In 1985, Academy Awards did give an Honorific Award to the two screenwriters recognising the responsibility of such a relevant script. As they were dead the prizes were garnered by some relatives. Final credits were also modified so that include its names forever.

David Lean
Furthermore, legendary British filmmaker David Lean was not entitled to be the director of The Bridge on The river Qwai, seeing the nature and meaning of that movie we cannot be surprise knowing that John Ford and Howard Hawks were the favourite ones to direct a project that counted with even more candidates. 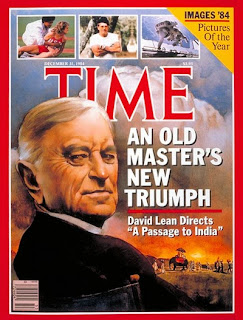 David Lean the author of renowned movies such as Lawrence of Arabia or Doctor Zhivago, had always had lots of troubles with women (was married 6 times and had plenty of lovers)

The divorce with the English actress Ann Todd was so expensive (he owed 20.000 pounds to British Taxpayers, a very large sum of money at that time) that he had to beg  to make the movie in order to obtain a huge wage thus he had to make this project by hook or by crook otherwise he would have went bankruptcy.

Indeed, David Lean did not trust the screenplay as he did not deem  the story exciting, nevertheless, it was his first success worldwide and lot of people do still only link his name to The Bridge over the river Qwai

It is also said that David Lean was on the verge of losing his life drowned having to be rescued just prior to perish and it is very famous indeed the predicament he had with British actors with whom he had some and very earnest confrontations. 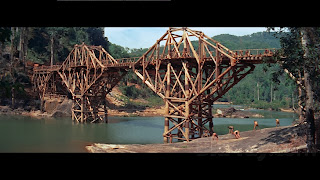 What strikes us is that in such epoch Ceylon known now as Sri Lanka (the place chosen for the shooting) was a country under British influence, even though its population  was living in penury, neither Britain nor other rich countries did care about the people who were stricken by poverty, rich countries little did to change the bad situation, however, there were not problems at all when it came to fulfilled all the caprices Movie producers wish for so that give the movie more attractiveness. Read this in Spanish The bridge on the river Qwai

As a matter of fact,  they destroyed the local environment and change the nature in such a way that they were able to build a real bridge to subsequently explode it with a real train too, destroying surroundings and spending a lot of money to make the movie and film goers blissful making The Bridge on the River Qwai more appealing to a massive audience.

Colonel Bogey March, theme of the bridge on the river Qwai.
We should end with the famous melody "Colonel Bogey March" which was written by a British composer in 1914 who was inspired by the whistle a soldier did between one bogey and other while he was playing golf.

The movie made him a star and nowadays it is the official hymn of the Canadian Official army. It is one of the most popular and catchy songs within the entire history of the cinema, however, despite its fame its lyrics have been always been somewhat confused and ignored because of its rudeness, the truth is that in Second World War British soldiers added some particular lines of their own to the song that joyed them on his crusade against Germany during Second World War.

Many people do not know the title of the song let alone the lyrics but when it sounds a smile is put on everybody´s face. David Lean was going to include it, but in the end he was persuaded to change his mind. There is no doubt that is far too much better that an entertaining movie which praises the winners of the Second World War were the best movie of that year than awarding others that make us aware of  loopholes on the Justice and the dark side of human soul as Witness for the Prosecution and 12 Angry Men do.

In short, it is really clear that on the edition of the Academy Awards of 1958 we would have applauded as seeing The bridge on the river Qwai winning, meanwhile, David Lean and the screenwriters had some relief, the owners of the production and the author of the lyrics of the famous swindle were laughing out loud whilst Sidney Lumet and Billy Wilder looked at each other in annoyance. The Bridge on the river Qwai 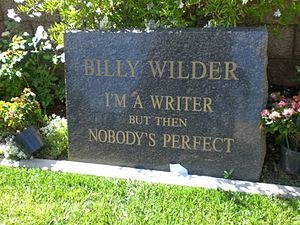 Thereafter, the famous theme from The Bridge over the River Qwai was heard whose lyrics are not more than the following....