Born in Atlanta but raised in Chicago, Kanye West is one of the best artists of our time, there are a few musicians whose music is so good that are able to be loved by many fans even though they may not be experts in a determined kind of style. There are only few, Bob Marley, Michael Jackson, U2, The Rolling Stones, The Clash, Madonna... Kanye West is one of them, I am not crazy about hip-hop nor a rap pundit yet some songs of Kanye West are just incredible.He is pure genius. 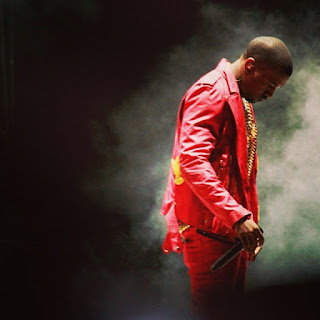 Kanye West and Eminem could be a two proper Hip-Hop ambassadors because some of their songs are so good that they reach worldwide audiences. Read an updated version of this post. Kanye West

We are to show some of his best songs and performances, I assure you that you are to be dazzled. We are to talk only about his musical career hence if you only know him for being a celebrity, for being famous and his controversial episodes (there are plenty of them) or for being married to a celebrity (Kim Kardashian) this is a good opportunity for you to discover his work, as in most cases fame is only a scourge because people tend to forget your real talent and on this occasion Kanye West´s music is fabulous!!! 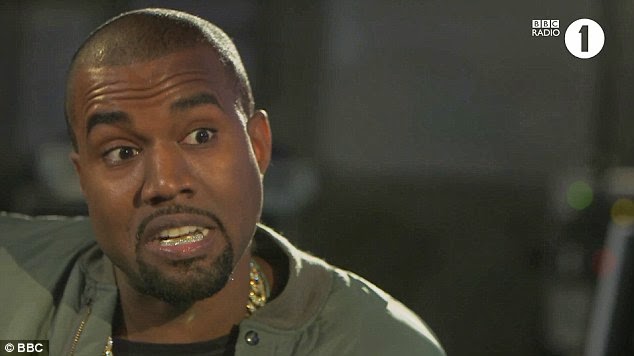 Kanye West on BBC Radio. His best interview ever?

KANYE WEST PURE GENIUS
To start with, one of the best songs I have ever heard. This performance is special as I deem it as somewhat outstanding, it is from Coachella Festival one of the most important Music festivals of the entire world. The song is Power. I also recommend you to read the lyrics and to listen the original version


Kanye West Power live Another great song is Stronger, if you do not know Kanye West perhaps you remember an episode of that comedy television series that is so popular, Girls, where Marnie (in my  opinion the funniest character played by actress Allison Williams) sings to her boyfriend or lover in revenge for his bad.

I am also putting this live performance from Victoria's Secret Fashion Show. Kanye West is poised to sing but before doing so he has some kind words for his mum as she died unexpectedly after having had an operation to lose weight, that death was so strange that there is now a law in California that prevent people from surgery if they are not fully fit. 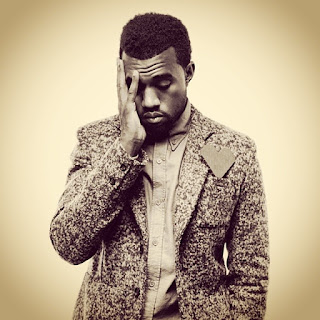 Seeing this performance I want to show you something peculiar, all musicians and singers invited to perform on Victoria´s Secret Fashion Show are distracted by models and their beauty, they tend to allow supermodels to steal the show. All of them? No, Kanye West is so focus on his work that his song Stronger seems better, sounds louder and is more powerful than any outfit however extraordinary it might be thought.

Similarly and on my opinion, the best two songs of 2013  were made by Kanye West, First of all, Black Skinhead. I strongly love its videoclip, it was chosen by Martin Scorsese to be the main song of his latest flick, Wolf of Wall Street. The other song is New Slaves, both of them were played at Saturday Night Live.

I do love BlacKKK skinhead (it was a story about this song on this blog) Kanye West acts as a wild beast.

Purists prefer New Slaves than BlacKKK SKKKinhead, I do not because I prefer the energy of the first song. However, New Slaves hides some joyful aspects, lyrics are very interesting because he talks about how we are blinded as consumption is dig into our lives. This video was banned from televsion (I do not know until which extent). It is more than interesting. Do watch it now please and wait until the end!!!

To be honest, I first discovered Kanye West singing with Rihanna and Jay-Z within the great Run this Town song that deserves to be included here. This performance is from Madison Square Garden in New York City. Run this town videoclip is great as well.

In 2012 Jay Z and Kanye West published a good album, Watch the throne. There is a song I particularly like, Otis albeit Jay Z struggles to say in Spanish some words looking as if he were to be drowned.

Another good song of that album is No Church in the Wild.  The entire album Watch the Throne contains good material

No Church in the Wild Kanye West

Lift off is good likewise. In fact, most of the songs signed by Kanye West are wonderful. Some are to be liked for some people and some for others but I really think the first Four songs included at the beginning are somewhat special thus should be added to any setlist. Prior to end this post about the best songs of Kanye West, I am to highlight some older songs too like Flashing Lights which videoclip is funny, you can discover Kanye West in an unexpected situation. The last two are even older with actor Jammie Foxx (Gold digger) and celebrity Pamela Anderson (Touch the Sky)

Hope you have discovered new songs so that you put them on a party to impress your friends!!! Kanye West is one of the artists with more Grammy Awards garnered. He has 21 although he has not reached 40. A perfect ending for this post is this speech said by Kanye West when he received a Grammy Award in the major category of Best Rap Album in 2008. Do listen to his words, Firstly,  Kanye West talks about life, death, time (remembering his mum) and ends up receiving an outstanding ovation his last words are something like these "People were thinking what Kanye West would say if he did not win, What he would do this time, Well I guess they will never know". Updated version Kanye West Kanye West Best music video of 2016 Kanye West Kanye West