I am not going to destroy the reputation of Cristiano Ronaldo fully, his stats are out there and anybody can scrutinize them, his competitiveness or regularity make him to be unique albeit I suspect he takes advantage of the outstanding and particular quality of Real Madrid whose wealthy budget, high enough to be out of reach from the rest of football clubs, makes Cristiano Ronaldo be able to finish the counter-attacks Real Madrid does start so rapid that are lethal for its rivals as Ronaldo is really fast and powerful. However, What happens to World Cup Winners? Was it not supposed to win The World Cup the best thing for a professional footballer? and if it happens as it has taken place in 2014 that the Winner Squad, Germany, conquers it with an extraordinary football style? In my modest opinion, football has globalised in such a way that even Ballon d'or event is broadcasted in Television as if it were Oscars Nights or Golden Globes Awards (if comparisons are hateful when we are talking of a sports event or a cinematographic one this is even more clear, we only have to analyse speeches of footballers) Ronaldo fits perfectly in a new footballer prototype, worried about his image, underwear model, relationship with a supermodel (although it has been assured that after 5 years Ronaldo and Russian supermodel Irina Shayk have broken their relationship because Shayk does not get on well with the family of Ronaldo). 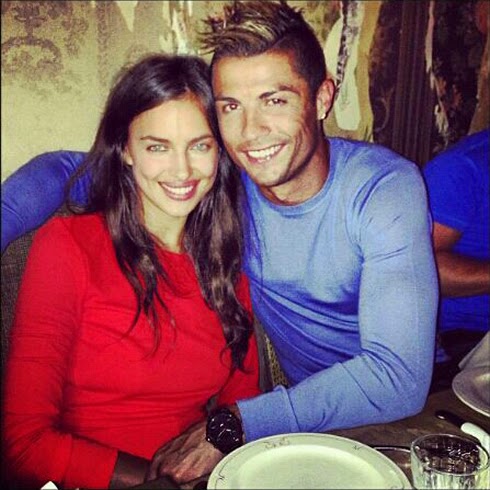 In 2006 Ballon D'or was won by Italian defender Fabio Cannavaro, a strong defender and really complete but in defensive terms, nobody complained back then despite the fact 2006 World Cup was nothing extraordinary, there was nothing special and the most important matches were decided in penalties (like the final) or in extra time, the only one relevant match was the semifinal between host nation Germany and Italy. France, finalist, barely scored 3 goals all of them in the last 3 matches of the tournament. There were better players than Cannavaro that year?. Without going any further, Thierry Henry was a Champions League finalist with Arsenal and World Cup finalist with France back that year, going through the final with Arsenal was meritorious. Thierry Henry was a superb footballer, unstoppable with spaces and we are not talking about all the trophies Thierry Henry did win in England where he and his team Arsenal conquered everything possible. Champions League was conquered by Spanish squad Barcelona, Ronaldinho did render a great season, he did not dazzle within World Cup nor in Champions League final so fabulous but was he better than Cannavaro? Well, Ronaldinho was the best football player in the world back then but nobody discussed that title to Italian defender because he had achieved the biggest thing that could be achieved in the world of football. A world Cup trophy. All World Cup winners receive the biggest individual trophies because it is the best recognition a footballer can obtain, majority of cases they are football players who have a destabilise power, this is the reason I am talking of Cannavaro who albeit being a defender he did win the best achievement a football player can win. Did he have much more merit that Henry than the current Ronaldo? Of Course. Was Ronaldinho better than the actual Cristiano Ronaldo?. In my opinion he was. Has it been a much perfect German Squad than the one that won in Brazil?. Of course not. Has it ever been a football squad that humiliated Brazil like that?.

Another example that manifests what I want to explain took place in 1996 when German midfielder with offensive vocation Matthias Sammer received Ballon d'Or because Euro Cup was conquered by Germany, it was done luckily, some penalties against England in Semi-finals and a bouncing back against Czech Republic with a lucky goal in extra time, there was not brilliance. Now, Germany has achieved such brilliance in Brazil where they did beat a mighty Argentina on the final. Going back to 1996, that year Champions League was conquered by Juventus FC where a football player named Alessandro Del Piero (he still plays football) was an outstanding player, he did win football matches on his own with individual efforts but nobody dared to discuss Matthias Sammer recognition because it has always been accepted International Championships are something greater than a Champions League final won in extra time, plenty of goals scored in a devalued football league like Spanish First Division (is if we compared it to the equality of past times). Sammer had class and offensive prowess but his Ballon d'Or winning was because of his triumph with German National Football Team. Juventus Turin (its offensive trident was impressive with Vialli, Del Piero and Ravanelli) did spend lots of time without a bigger win in Europe (Like Ancelotti´s Real Madrid) but it was understood Eurocup was higher than Champions League without taking into account the individual quality of a superior player. Right now this is no like that, this is unfair as German National Team has beaten all the records and its football style is no like before as offensive personality and quality is added to the potent and contundence they still own, with some football players so wonderful like Muller or Schweinsteiger (Goalkeeper Neuer would have been a perfect winner) 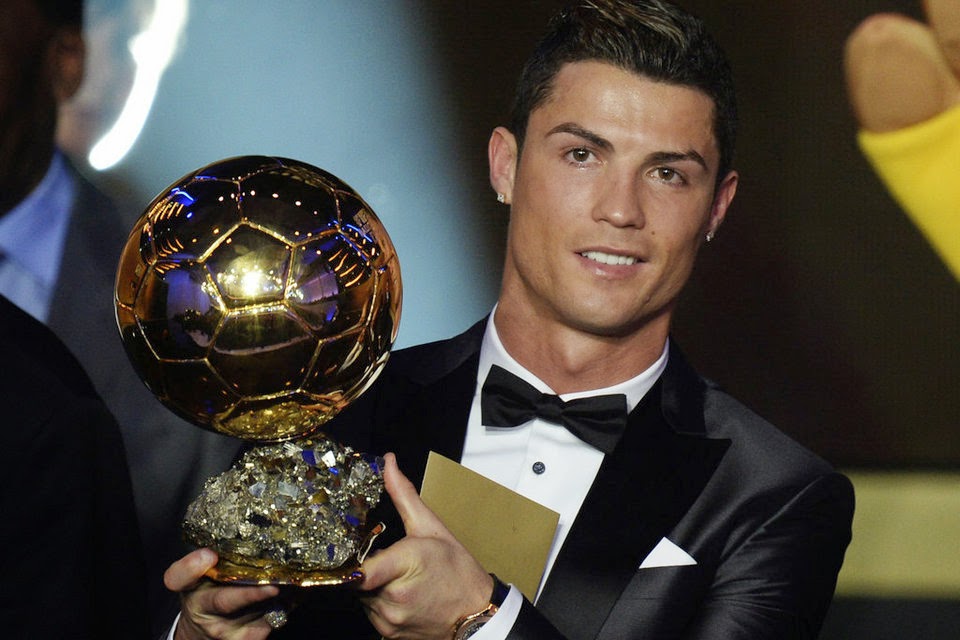 In 2010 Ballon D'Or should have been given to Iniesta or Casillas who did win 2010 World Cup, his savings from Robben in the final, his performance in Quarter Finals and his trajectory deserved it but we are not talking of a mere sport, players like Ronaldo for instance are more than icons, exploited to extract juice from Football, Ronaldo is a global star, he fits perfectly in the prototype of a XXI Century football player hence he is much better candidate than other. What is more, if Ronaldo has also won titles with the wealthiest football team par excellence, the one everybody loves Real Madrid and plenty of goals are scored more than perfect and World Cup Champions wait another 4 years. (Ronaldo did nothing with Portugal in last World Cup, Ronaldo surrounded of players from the same nationality plays worse like Messi without going further. Particularly, I would love to see World Cup being more recognized, it is a much better and equaliser competition than, let´s say Champions League, football players from the same country compete everything is more equal as a result. On Champions League there are 4 countries that are rich, Germany, Spain, England and Italy (Well Spain it is only rich in Football terms) that own  money and power to hire the best players. With a bit of luck a team from Portugal, Holland, France or Eastern Europe (Russia or Ukraine) will reach Quarter Finals and because in the previous round football teams from the same country cannot compete against each other.

Last time there were not two football teams in the final of Champions League that were not from England, Spain, Germany or Italy it did take place 11 years ago, the date was in 2004 when Porto trained by a not so well known Mourinho surprised the whole world winning easily Champions League final destroying Monaco in the final with a huge 3-0. From then on, every year is the same, we have to wait until semi-finals to see the true Cup of Europe we would see in the past and decide if the trophy travels to Spain, England, Italy or Germany. There is little doubt Ronaldo could be the best football player of 2014 but a World Cup Champions is a world Cup Champions, Germany has 20 (more or less it depends on how you analyze it) last Ballon d'or should have been given to one of them. Do you believe like me that Trophies like Champions League are not so close as World Cup one and they are not so valued? Do you think Ronaldo is the fair winner of last Ballon d'or. Do share, rate and comment. Remember there are many more stories about football on this blog.