Rihanna has teamed up with rapper Kanye West and music legend Paul McCartney to present us her new hit FourFiveSeconds that is a single for her forthcoming album R8 as the Barbadian star has published 8 music albums to date. To present her new album she has unveiled this impressive song, FourFiveSeconds with Kanye West and Paul McCartney to whom she starred a wonderful videoclip you can watch it here. 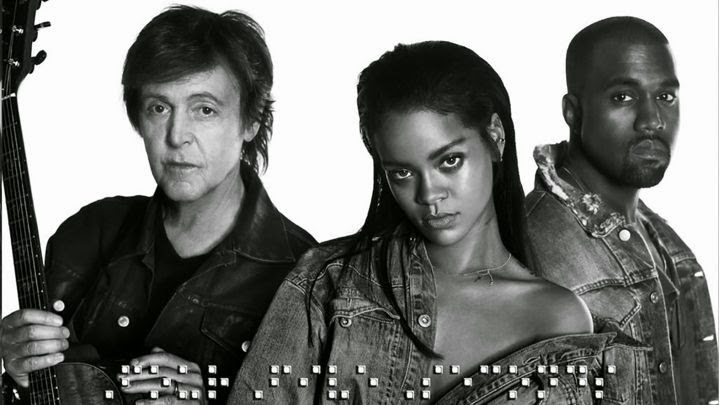 Unlike other times when Rihanna has brought us middling stuff, videoclips which were excessive (Pour it Up) or has mixed styles wrongly (Phresh out the runway) or when she only published bland pop songs to be played at the disco (Where have you been for instance) Rihanna has produced a wonderful song, she has done this many times before therefore we are glad to praise this new hit FourFiveSeconds. Similarly, FourFiveSeconds videoclip is impeccable shot in a stylish black and white, Paul McCartney as a secondary artist, Kanye West proving his skills and Rihanna shining. You can watch it now. Rihanna´s FourFiveSeconds.