Ricky Gervais told some acquaintances of him in 2011 "I am to write such a polemical text with so many nasty jokes that even though people get angry at first they will hire me again to host next year´s Golden Globes Awards ceremony". Ricky Gervais achieved his intention fully. Read this in Spanish Ricky Gervais 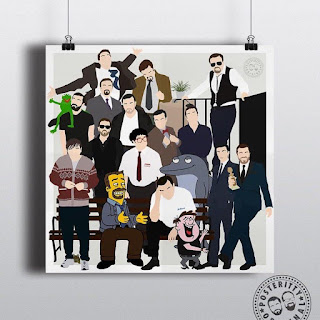 Not only his performance that year (2011) is still remembered because of his mordant humour, he was hosting the Golden Globes Awards again in 2012, even though it was not as great as his performance in 2011 perhaps it was better than his first one in 2010.

This year, he is to host the Golden Globes Awards again, his fourth time. In order to celebrate it Ricky Gervais has found a perfect attire as you can see below. 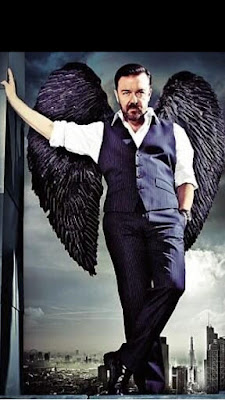 Prior to his performance in 2011, Ricky Gervais was very famous in Great Britain as the creator of The Office, a television series which was subsequently sold to the United States and also thanks to his monologues.

He was also known in the USA because of other television series that is splendid "Extras" but it was after this performance at Golden Globes when he became famous worldwide. Let´s remember his brilliant opening monologue.


He has created other shows like "Derek" or "An idiot abroad", he has appeared on many movies and won many accolades likewise. This was what happened in 2012.

Now Ricky Gervais has been invited again to host 2016 Golden Globes, whatever happens, tonight he is already on television history. Particularly, I can only laugh when seeing him as his jokes, sardonic humour and exquisite command of English are unique. Do rate, share and comment. 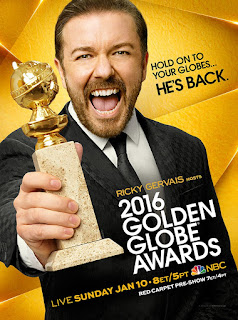