(Not Fair) by the lovely fair lady Lily Allen

"People in this day and age are still under the illusion that every woman who is successful must be being controlled by a man... I'm the boss" Lily Allen

The first thing that rushes your mind when you think about Country Music is Johnny Cash, a strong man who do not fear anything and he is capable of a lot of things as he is brave and powerful, a traditional macho. However, times are changing and the future is bright and superb for  women, men are no longer the king of the jungle. To prove that, you only have to hear this song, the best one a woman can write. Women have been always shy and weak, not longer will  this happen. Lily Allen is back with Hard out here that mocks recent hits like Blurred Lines and female stereotypes. Nonetheless, her hit Not Fair is still better and funnier regarding differences between boys and girls...

If you have a female friend whose man do not work properly on the bed tell her that she does not have to feel bad about it, she is not alone at all. She only has to hear this song: Not fair, there are live recordings in You tube which are great such as the Glastonbury one but also the original version in which she appears clad in cowboy clothes.This song of Lily Allen is great and this artist too, please read the lyrics and you will be amazed at the witty and the cleverness of this unique artist.


Lily Allen has a great relationship, she has found the perfect man, however, there is also something that utterly disturbs her... This is the official video.

Now you can enjoy a wonderful live performance of Lily Allen

LIVE PERFORMANCE OF NOT FAIR FROM LILY ALLEN

Lily Allen has changed her artistic name, now she is know as Lily Rose Cooper. She has created her own label, has had her second child and just unveiled her new album. She is from Hammersmith, London. We are excited to listen to her new material!!!. 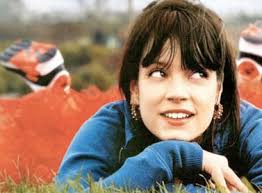 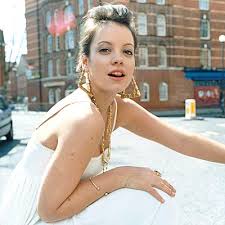 Glad you are back  again lovely fair lady, Lily Allen (or Lily Rose Cooper)
Posted by Halcombe Norilsk
Email ThisBlogThis!Share to TwitterShare to FacebookShare to Pinterest