"A woman can put up with almost anything; anything but indifference" Ian Fleming

Just as Ian Fleming quotes we understand how the nature of a Bond Girl must be, they cannot tolerate indifference and indifference should not meet them, according to this, the two new Bond girls epitomises this principle perfectly  as  the new James Bond´s movie Skyfall has Bérénice Marlohe and Naomie Harris therein. They will be alongside Daniel Craig in the new adventure of 007 which opens the 26th of October. However, are they the best Bond girls ever? Who is the best Bond Girl of the 21st Century? You will know it pretty soon... 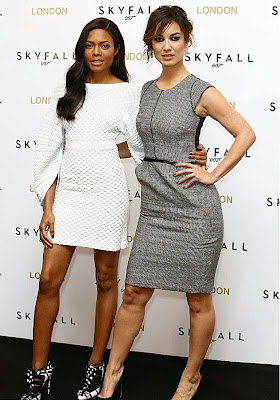 In order to make the movie more attractive, the British franchise has chosen the great singer Adele to sing the new main theme. What is more, the evil is played by one of the best actors in the world and probably the best Spanish actor ever, Javier Bardem. Skyfall is the 23th James Bond adventure and it seems one of the best, in my opinion, the new century has brought us the best James Bond ever, Daniel Craig is much better than Pierce Brosman and the movie Casino Royale, for instance,  was the best adventure ever done. Furthermore, the 21st century Bond girls not only are glamorous they are also excellent actresses as Halle Berry and Eva Green proved.

Skyfall is directed by one of the best film makers of the last 20 years, even though he has not directed anything relevant recently he is still the author of marvellous movies such as American Beauty or the wonderful Road to Perdition, I am talking of course of Sam Mendes.

Apart from movies he has directed successfully different theatre plays. This director has worked really hard in order to make the movie more attractive in artistic matters, he has encouraged writers so that make the characters deep and rich, something Javier Bardem, Judi Dench, Daniel Craig, Bérénice Marlohe, Naomie Harris and Ralph Fiennes have done, the easy bonheur 007 movies convey are gone to bring quality and cinematic rigour. Both Daniel Craig and Javier Bardem are incredible actors, this makes the story better than most of the 007 stories. After being watched by experts everybody agrees that this Skyfall movie is one of the best James Bond adventures ever.


Skyfall was shot in China, Turkey and United Kingdom, it has been delayed as the film had financial problems.  In this adventure James Bond will face an evil villain named Raoul Silva  and Judi Dench will have to fight her turbulent and unknown past. In other words, we are to see James Bond at his best, great actors, plot, director and even song, however, the most exciting thing of this post is to discover the best Bond girl of this new century

BÉRÉNICE MARLOHE
The 33 year old French beauty is appearing in her first important role, her dream of being with Bardem in a movie has just become real. Firstly, she did want to be a pianist something she declined and focus instead on acting. "Glamorous and enigmatic" these two words were given when her character Séverine was first described, Bérénice Marlohe is now becoming a household name in French cinema. 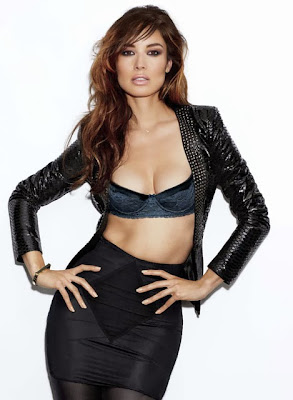 NAOMIE HARRIS
Naomie Melanie Harris is a British actress whose birth took place in 1976, her most prominent works were her appearances in the movies 28 days later and Pirates of the Caribbean Sea. She was born in London, her mum is from Jamaica and our star follows Buddhism. She has been acting since she was 9 years old. Although is not the main Bond girl, her role is very important and she is a marvellous actress indeed.

OLGA KURYLENKO BOND GIRL
Due to her debut as a Bond girl in the movie Quantum of Solace, Olga Kurylenko has caught the big eye of the movie industry, she is to appear in the new Terrence Malick´s movie and has lots of offers, she was a model before being in movies who was discovered at the kind age of 16, she has appeared on several fashion magazines and she is  the main face of  numerous fashion brands. She was born in Ukraine although she has French nationality too.

EVA GREEN BOND GIRL
One of the best actresses in the world, Eva Green has appeared in films such as Dreamers, Kingdom of Heaven or most recently in  Dark Shadows alongside Johnny Depp, her dad is a Swedish dentist and her mum a prominent French actress,  she is French, has a female twin and was born in Paris in 1980. She attended English-speaking academic institutions hence her English skills are perfect, his English is as good as her French. She probably played the most enigmatic Bond girl ever, Vesper Lynd in Casino Royale. She won a minor Bafta some years ago. 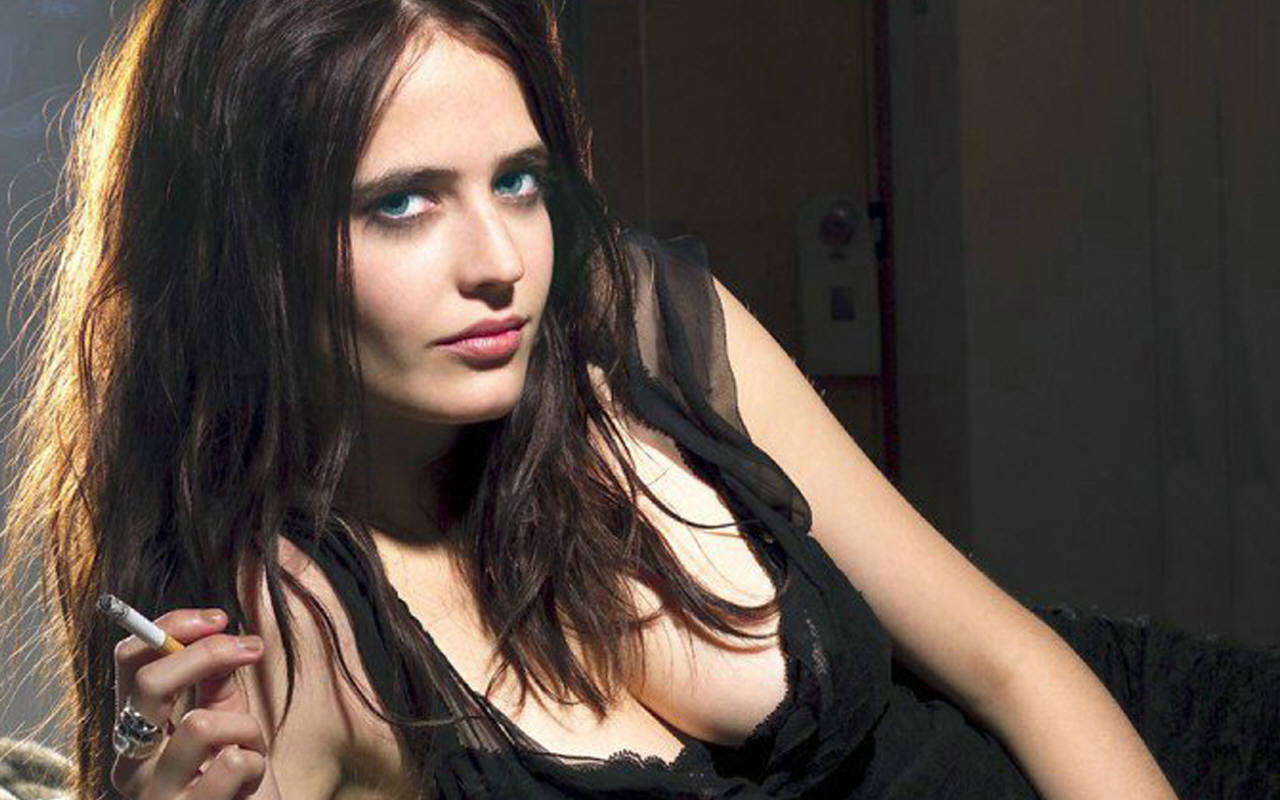 Eva Green was one of the most relevant Bond Girls

Halle Berry is one of the most important stars in the world of Hollywood. Her fame, beauty, acting quality and relevance are well known, she was chosen to celebrate the 40 years of the Bond films and she made an historic rendition to Ursula Andress, however, despite being one of the best Bond girls ever her movie Die another day with Pierce Brosman was not so good as Casino Royale where Eva Green starred in one of the best James Bond´s adventures. Berry is one of the best actresses in the world, she has won a lot of awards, an Oscar, an Emmy, a Golden Globe Award... (she even won the erstwhile Razzie and known now as Raspberry Award for her role in Catwoman and she did attend) she is a former model and a superstar. One of the most powerful and best paid actress of the world.


THE BEST BOND GIRL OF THIS CENTURY.
As far as acting is concerned, Eva Green and Halle Berry are clearly beyond the rest, they are far better than Olga Kurylenko, Naomie Harris and Berenice Marlohe, most of all, when they have more experience and they have done better movies, Halle Berry, for instance, won an Oscar for her splendid acting in Monster´s Ball, though he has no done great movies recently. Eva Green is also a great actress, she has not won an important award but her acting skills are really good. 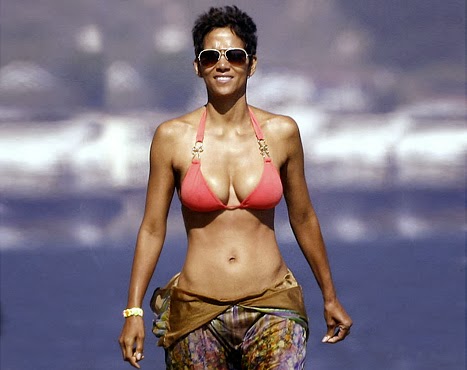 The final is between Halle Berry and Eva Green, the adventure in which Eva Green appeared was much better than the one Berry did, Eva Green´s Vesper Lynd is the key of James Bond manners and beliefs. Both Halle Berry and Eva Green are extremely beautigul and talented yet Eva Green speaks French and English perfectly and as she is European has experienced more problems to be successful in the movie industry. She has appeared in humble European movies for instance. What is more, Eva Green is single whereas Halle Berry has married the actor Olivier Martinez whose acting  skills are unknown to me...

Taking everything into account, the winner and therefore the best Bond girl of the 21st century is....