The premier of Great Britain, the Tory leader David Cameron become the first president of the United Kingdom who appears on The Late Show with David Letterman, one of the best programmes in television, it was a risky movement for a politician as he could face questions beset with perils,  this interview was not fully needed indeed yet as it could have been good for the image of Great Britain as David Letterman´s late night is widely watched hence many people would take United Kingdom more into account, David Cameron was really happy to appear on that show. 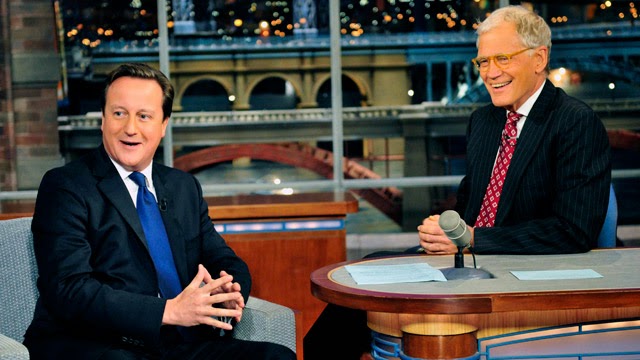 
So important this interview for David Cameron was that the British politician and his team had been   preparing the intervention for months and they even had studied the appearance of the mayor of London Boris Johnson who starred in the same programme some months ago, (some critics pointed out that  David Cameron wanted desperately to appear as his friend/enemy Boris Johnson did it too and he wanted to do better than the famous mayor of London). 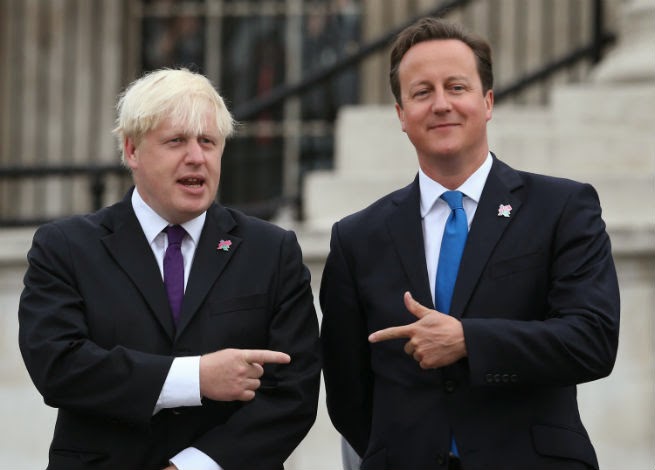 No matter how much they trained as David Letterman made unexpected questions which made David Cameron doubtful about some points concerning British history and he answered them wrongly, his interview therefore  was deemed a failure by many.  He could not answer rightly who wrote the song Rule, Britannia! and what Magna Carta means in English. Here you can watch the interview

Henceforth,  are we to see more important foreign  politicians like David Cameron on  the Letterman Show? One of the best newspapers in the world, The Guardian, hope not, this important newspaper have published some articles  pretty critical of the performance of his president David Cameron. In this article you can read an analysis of the interview written in a great English and with a video showing the part in which David Cameron fails. I recommend how it ends. 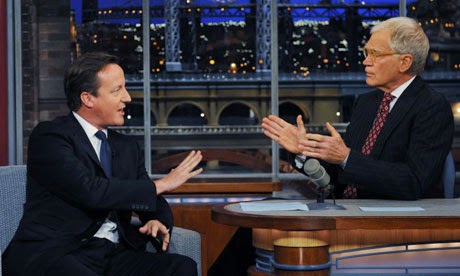 
Despite criticism I strongly believe such appearances are great news for television viewers, it is really interesting to see a top politician being interviewed on television, most of all, when it is an important overseas programme and the neutrality is clear as Cameron was not going to be in a soft interview nor in a critical one. I do not mind whether David Cameron really wanted to be regarded better than Boris Johnson or whether he only did to help his country, the decision to appear is brave and bold as it is clear it can turned out into a disaster, he talked about his country, history and to be honest his failures are surprising yet not extremely serious. David Cameron was able to promote his country and I think he did a great job. You can compare David Cameron to  Boris Johnson due to this video.

If I am to compare the two conservatives British politicians  I  can clearly say that Boris Johnson was better than David Cameron on the Letterman Show. Boris Johnson really did better than David Cameron,  whereas Cameron got surprised at some questions Boris Johnson  seemed more comfortable and confident. Moreover, he smiled when Letterman made laugh of his hair. Furthermore, it seems David Cameron was not fully comfortable during the programme. Now you can read an article which says that this kind of things should not be made by a politician. It is very interesting.

Politicians are not celebrities
﻿
Likewise, another  important British politician did something peculiar recently, I am talking of  Nick Clegg´s apology note as some promises his party did before elections have not been fulfilled. In my opinion, it think it was a humble and admirable gesture, in fact, if I were Briton I would vote for Nick Clegg in the next elections. Here you can enjoy his apology speech. He is an honest man.

What do you think? All these actions, appearances on shows, strange apologies are not needed or are they?. We do not pay too much attention to politics and they take advantage of it, they live such a great life and tend to act arrogantly even though they live because of our money. In consequence, if a politician like Nick Clegg makes a video saying sorry and explaining why he has been unable of putting into practise all he wanted we should be pleased. In addition, if a politician like David Cameron goes to a talk show in order to promote his country even though he wanted to appear wiser than Boris Johnson it is good too.

(David Cameron suffered from a wardrobe malfunction a few days ago)

Let´s help David Cameron as we are to see this famous British song,  Rule, Britannia! there are many versions,  It goes without saying that Rule Britannia  is somewhat  nationalistic, it was made into music in 1740 by Thomas Arne, it is derived from a poem written by James Thomson, it is widely sung by the Navy and the Army. It conveys the time Great Britain was a vast Empire. You can watch here a live performance. The music is beautiful and powerful.

As times do have changed indeed and it is one of my favourites groups, we will put a better British song, you have guessed it!!  London Calling by the Clash. Here you can see a modern version paying homage to The Clash and Joe Strummer made by Bruce Springsteen at Hyde Park in Central London. As David Letterman and Boris Johnson on the Letterman Show reminded "Who is tired of London is tired of life". Politicians come and go ( it is not good to have the same bunch many years) but London will always be there!!!!