"As if you could kill time without injuring eternity".  Henry David Thoreau.

Of course they are old, of course we do not really need more new albums from The Rolling Stones, they are extremely wealthy, even Jagger should not dance so much, Keith is not in a perfect shape either, they could be counting  their loot on one of their several houses by the beach as the Glimmer Twins are 68. Notwithstanding, they still are  The Rolling Stones and his legend and nature do not allow them to be resting. In consequence, a new brand album named GRRR! is to be launched the next 13th of November, Do you want to hear the new single? Its name is Doom and Gloom and it is one of the best songs The Rolling Stones have made in the last decade, it has been recorded in Paris and been produced by Don Was. What can be surprising is that Doom and Gloom  is one of the best singles they have recently made, the songs The Stones have made in the 21st century are probably  better than the material they did in the Eighties and even the Nineties. New Doom and Gloom´s version with Noomi Rapace therein as the main star and the Rolling Stones playing with her

Here you can watch the official video (you are welcome). Doom and Gloom!! The Rolling Stones


Even though this new single is really good, the Grrr! compilation album has made me got cold feet as it only contains two new songs. It is like an excuse to be on the road again, The Rolling Stones is one of the last bands which have garnered such a reputation that they are able to sold out anywhere anytime. They were only going to play two gigs in New York City and London, however, the legendary saxophonist Bobby Keys has announced that they are to play more dates and the British media has revealed recently that they are even to appear for the first time in the magic Glastonbury next summer. Anything they produce let them to be touring successfully. 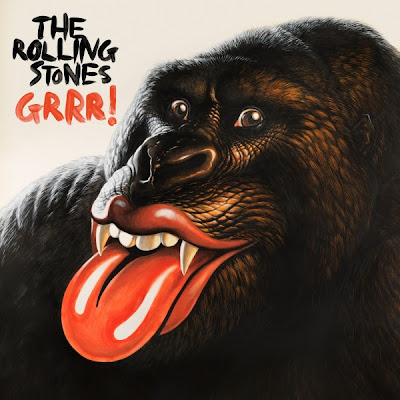 Apart from that album, a new career spanning documentary named Crossfire Hurricane opens next 15th of November on the famous HBO. Whether you believe or not there are more new material never seen hitherto. It seems as whether they somewhat kept this material in a drawer some decades ago waiting for the right time to be unleashed. The time has finally arrived and Brett Morgen is the director of this new documentary, Crossfire Hurricane is a sentence extracted from one of the best songs ever written by Mick Jagger and Keith Richards, Jumping Jack Flash, Crossfire Hurricane contains interviews with former members and the current stars of The Rolling Stones and it is going to be an outlook of the career of this legendary rock band.


Furthermore, another old documentary has appeared named The Rolling Stones Charlie is my darling although it is published by their former Record Company. Consequently, it is no clear whether The Rolling Stones are fully behind the publication.


In the last decade The Rolling Stones have published some documentaries and have released different compilation albums, this can make people tired of them, they even published a concert recorded in New York City  directed by Martin Scorsese, it was great yet nothing new was added. The name was Shine a light, it contains some old songs which are rarely played by The Stones, they invited Jack White, Christina Aguilera and Buddy Guy, it was great though as I have said before nothing really new was included on it.


Alongside with new versions of their classic albums updated in this new century some new songs were added so that  making them more attractive, this songs were excluded from the original albums, moreover, after every world tour a complete DVD and a live album are always published.  What is more, few years ago after having updated their joyful "Exile on main street" they published a documentary talking of the recording which was somehow unique as it was recorded when they were broken in Britain and force therefore to escape ending up  in a house in the south of France, they made a record under strange yet very rock and roll circumstances. The name of this  documentary is Stones in Exile. They started an eternal party which produced one of the best rock albums of all time "Exile on main street". Stones in Exile reflects this period.
The Rolling Stones

Last July it  was the 50th anniversary of the first Rolling Stones concert, the 12th of July of 1962 they played in London at the Marquee club their first live performance, little did they know then that 50 years later they would be the greatest rock and roll band in music history, even so, they should no take advantage of this event and their glorious and nostalgic magical past  in such a sly manner. They were only given that day 5 pounds each (Brian Jones got 6 pounds as he was the leader) whereas now everything they do is turned into gold, Keith Richards, for instance, received several million dollars so that have published his memoirs. It is also believed that they are going to earn 20 million dollars for the 4 arranged concerts they are to play this fall (two in London and another 2 in New York) in order to celebrate their 50 years as a rock band. The Forever 27 Club All in all, it is a remarkable to have been playing successfully for 50 years most of all when you have lived such an incredible life and have done so great albums and achieved  milestones. However, it is also clear that they are fortunate people who know how to manage everything so that  be still on the top because of their experience in the music industry.

The Rolling Stones, a true classic rock band or a modern musical business? ( are not both indeed?). I do not what are you going to do but Halcombe Hackney Norilsk is going to have this new (albeit not so new) Rolling Stone´s album because The Rolling Stones are to Grrr!!! (again). Let´s forget them this time as this new single Doom and Gloom is extraordinary but we will scrutinise them carefully in the near future though ( if they will be Grrr! again) Won´t they?!!