The best songs of the films of Quentin Tarantino

MUSIC WITHIN THE MOVIES OF QUENTIN TARANTINO

According to his latest revelations, "being on the blog of Halcombe Norilsk in such an embarrassing way is much better than not appearing at all!!!", something I do not find strange because this  post is about the songs Tarantino has converted and elevated into the category of Classic Movies Momentum. I have chosen the best 10 musical scenes from the soundtracks and movies of this modern director.

Quentin Tarantino did not win the best Academy Award for best director and Django Unchained was not the best film of the year, yet he has garnered the Academy Award for the best original screenplay of 2012, something that will be added to his triumph in the nineties for the screenplay of Pulp Fiction. Quentin Tarantino is one of the best filmmakers ever, he has created a label, a way of filming and making movies which is in the history of the cinema already.

Tarantino writes  inventive stories and powerful characters, discover new actors or is able to rescue them from oblivion. Quentin Tarantino deems music as something really relevant, he listens to a lot of stuff while writing, songs may help him to invent his screenplays and envisage new scenes.

What is more, he has created marvellous soundtracks for all the movies he has made therefore it is really difficult to select only ten songs. What I have wanted to convey is the epitome of his filmography hence it is really easy that the reader may not agree or miss something but it is my blog after all though!!   Jokes aside, Tarantino has written and directed on his own: 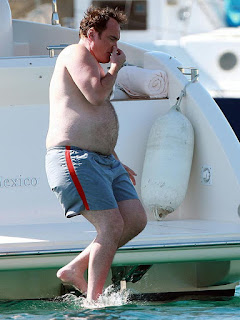 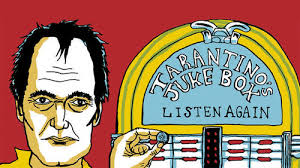 Tarantino and his music

Furthermore, the aforementioned has collaborated in other films such as Four Rooms, Sin City, From Dusk till Midnight, Desperado or CSI Las Vegas. Still, he wrote and sold the screenplays of True Romance and the Oliver Stone´s movie Natural Born Killers. Quentin Tarantino is to do the third part of Kill Bill and he is sure that his best movie is still to come!... We will have to watch out then!!

4 Song: STUCK IN THE MIDDLE WITH YOU Artist: STEALERS WHEEL Movie: RESERVOIR DOGS

Reservoir Dogs, Stuck in the middle with you


It has been overly complicated to do the list, above all to choose the last 5. As a matter of fact, there  are other songs such as Girl, you will be a woman soon, Son of a preacher man, L' Arena, Don´t let me be misunderstood or most recently   One hundred black coffins, Too old to die young, Streetlife or Lo Chiamavano king (His name is king) that have been omitted. Quentin Tarantino Tarantino in Spanish Quentin Tarantino

In consequence, I am to end with a live version of one of my favourite songs Son of a preacher man rendered  this time by British singer Joss Stone that will make  everybody happy: haters of Tarantino, lovers of him and readers of Halcombe Hackney Norilsk.

Sincerely. Do not forget to pay taxes!!!!!