Being Julia. A hurrah for Annette Bening!!!! (and her alter ego)

Another great movie from 2003, an unforgettable one as a matter of fact, above all because of the role of Annette Bening What a wonderful performance!!! She was not able to win an Oscar (more than deserved on the other hand) because what Hilary Swank made the same year in the movie Million Dollar Baby was insuperable, yet I will never forget compelling Annette Bening´s acting skills on this movie Being Julia. Indeed, I truly believe she is not considered as she deserves. Furthermore, Annette Bening has known how to get old, accepting and assuming time passes by. Being Julia is based on the play Theatre by British Author W. Somerset Maugham. This alter ego avails herself of what she is good at!!!!! 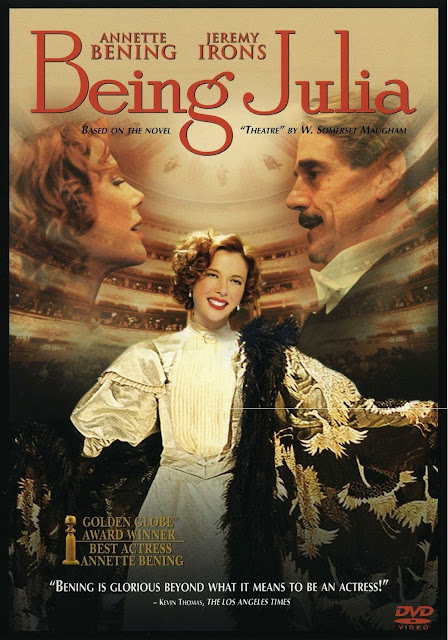 Annette Bening is an actress who experiences a horrible period, a delicate one, she would star outstanding theatrical plays in the past but time passes by and she is no longer what she was, suddenly, she has a new opportunity, She has a new challenge ahead and a new play to star in but her unswerving and steadfast confidence seems to decay. 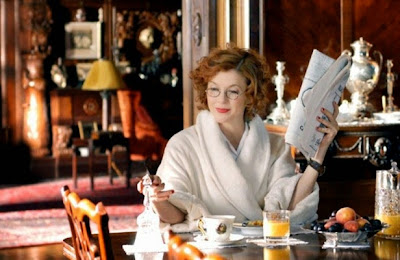 The protagonist, starred by Annette Bening has an alter ego that is her conscience, an erstwhile professor who has passed away and helps her because he taught the protagonist everything she knows now. He helps her to follow her bliss,  gives her hints of the utmost importance. Annette Bening needs this advice even if it turns out to be criticism but what does she really need is to be back again to what she once was, the artist who once dazzled in her youth. For instance, movie Being Julia represents much better London and the world of Theatre than any other movie. Both  performance and character of Annette Bening are brilliant. The rest of the cast is nothing special, Jeremy Irons or the young actor are horrible without going any further. Being Julia gave Annette Bening a Golden Globe Award. This movie is superb because of Annette Bening and her conscience, everything else is not so important or visible as Annette Bening.

A hurrah for Annette Bening (and her alter ego)
Posted by Halcombe Norilsk
Email ThisBlogThis!Share to TwitterShare to FacebookShare to Pinterest