Eyes Wide Shut is based upon a book named Dream Story, it was written by Arthur Schnitler in 1926, this book is about marriage and how time destroys everything, the protagonist enters into a strange world during carnival festivities. Eyes Wide Shut

What Stanley Kubrick did want to convey with his iconic movie Eyes Wide Shut is that marriage it is only a modern form of prostitution contingent upon the fact the only thing women can truly offer men is sex and the only thing do really men offer to women is money. The book Dream story  it is the only one that appears during the whole film, it is seen in an apartment when Tom Cruise visits a girl. (Read this in Spanish Eyes Wide Shut) 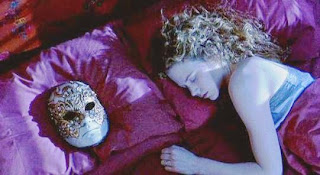 Stanley Kubrick disappeared from earth and was hidden in his beloved England. He could not make his dream project about his idol Napoleon, yet he was studying how to adapt the aforementioned book Dream Story.

Suddenly, he presented Eyes Wide Shut. So talented Stanley Kubrick was and so relevant his figure was that it was unclear whether he was to end Eyes Wide Shut in the way we can watch it or if he was going to end it in another one because even though it has never been confirmed it was hinted that perhaps he was to change the end as he perished just before the premiere of Eyes Wide Shut  and several endings did exist albeit experts truly believe that ambiguous interpretation and the current open end of Eyes Wide Shut was what Stanley Kubrick was looking for in reality (there are 3 possible interpretations but the most reliable one it is which is included at the beginning of this post). Truth is producers took advantage of Stanley Kubrick´s passing away to play with mystery and it turned out to be profitable.

Eyes Wide Shut may not be finest Stanley Kubrick´s masterpiece but it has some wonderful scenes therein. In fact, every scene hides a story, there are studies about Eyes Wide Shut  that leave you speechless as it has rich and meaningful lessons. It dawns on me time will tell how great Eyes Wide Shut is, it is unclear to me as yet why it was so panned at the time Eyes Wide Shut was released. 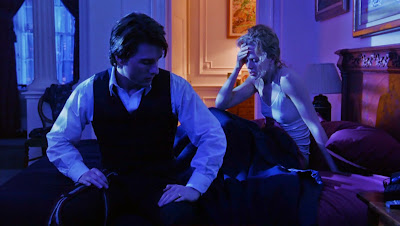 Eyes Wide Shut played adroitly with at that time cool couple Tom Cruise and Nicole Kidman (they seemed the perfect marriage but more than a decade has passed since they broke up) Eyes Wide Shut  tells of at first sight enviable marriage, a wealthy one, they have a daughter, they are beautiful, brilliant, they seemed perfect..

Nonetheless, one day, Nicole Kidman  confesses her true feelings creating a hole inside the marriage hence during one night Tom Cruise meets a friend who introduces him in a dark world. 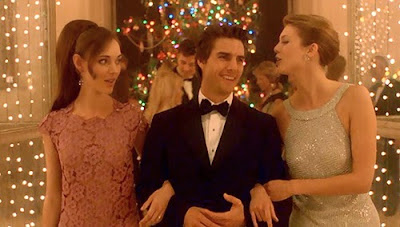 Stanley Kubrick did want to shoot the best movie from all Cinematographic Genres. Eyes Wide Shut can be deemed as a movie from many genres, yet at what it is perfect is to end Stanley Kubrick´s career. 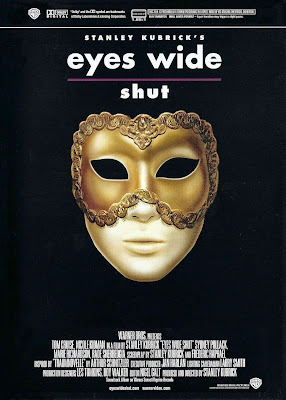 So impacted Tom Cruise and Nicole Kidman were with the sudden departure of Stanley Kubrick that they lent money to start a project named "Stanley Kubrick live in images". They two have a special memory of Stanley Kubrick (Tom Cruise is perhaps the only one actor who has worked with best filmmakers ever like Coppola, Scorsese, Kubrick, or Spielberg)

Similarly, there are interesting anecdotes as the one that says Kubrick humiliated Tom Cruise and Nicole Kidman many times. Indeed, shooting of Eyes Wide Shut was so intense and Kubrick exploited the couple so hard that they ended up worn out.

What is more, a superb actor like Harvey Keitel abandoned the movie as he was utterly tired of Stanley Kubrick. Kubrick made them to repeat some scenes more than 80 times!!!!. Techniques of Stanley Kubrick were anathema to most of humans!!!. 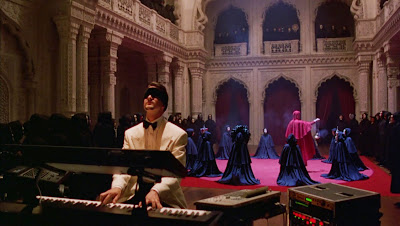 If someone wants to learn how to make a masterpiece try to watch to the farewell movie of one of the best genius of all times Eyes Wide Shut, Stanley Kubrick. Do rate, share and comment. Eyes Wide Shut
Posted by Halcombe Norilsk
Email ThisBlogThis!Share to TwitterShare to FacebookShare to Pinterest