Nonetheless, there is some controversy over his legacy. For instance, Leavis says his way of writing does not follow English tradition. By contrast, Ricks defends originality of Paradise Lost. There are no full stops until the verse 16 inside poem Paradise Lost by John Milton, his language technique is deemed as Grand Style. 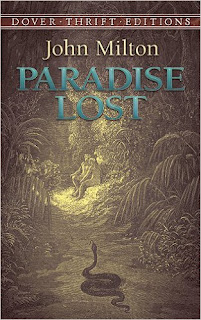 After some years of English Republic, Monarchy was introduced again in the year 1660. Oliver Cromwell passed away, John Milton had to pay a fine in order to be free, he had already lost some members of his family, plays by John Milton are thrown to a bonfire, John Milton was detained but he subsequently was free thanks to a fine he paid. John Milton married again, broke, he started writing Paradise Lost even though he was almost blind. 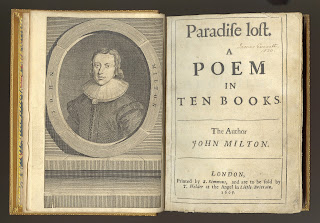 John Milton read classic authors such as Homer, Ovid, Spenser and also the Bible. Paradise Lost is the story of humanity with mankind as main protagonist albeit there is also the subject of English revolution. 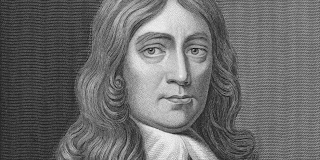 
JOHN MILTON 1608-1671.
John Milton was born in London on a very cultural environment, he inherited from his dad a musical taste and the love for poetry. John Milton studied in the School of the Cathedral of Saint Paul and in a private way with a tutor. Subsequently, John Milton studied at Christ´s College, in the University of Cambridge and he also considered being a priest. John Milton was able to write in Latin, Italian and also in English with a peculiar Latin style.

Abide by his strong character he had to leave University for a brief period of time. He was called The lady of Christ´s as he had good looks. John Milton went to Horton, a house in the countryside in order to read and keep studying so that develop other languages such as Latin, Greek, Hebrew, French, Italian and Spanish. 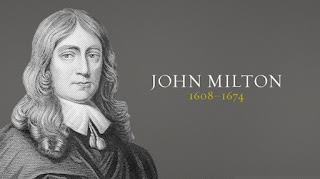 Do share this post about the figure of John Milton and his masterpiece Paradise Lost. John Milton
Posted by Halcombe Norilsk
Email ThisBlogThis!Share to TwitterShare to FacebookShare to Pinterest