The Falklands or Las Malvinas? The conflict between Argentina and Britain as islanders go to vote (again) and Falklands War

Jeez!!! How should it be spelled? The Falklands o Las Malvinas? Gnash your teeth because today we are to discuss the sovereignty over the Falklands ¡Las Malvinas!
FALKLANDS WAR AND THE MOST RECENT NEWS AND EXPLANATION ABOUT THE CONFLICT OVER THE FALKLANDS, MALVINAS OR HOW YOU MIGHT CALL THEM!!! 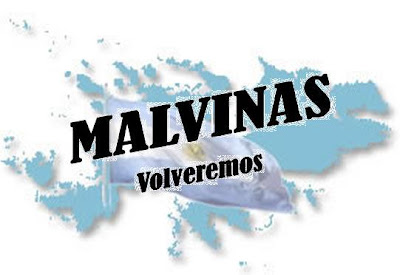 
Last January, the president of La República de Argentina Miss Cristina Fernández de Kirchner surprised everybody as she sent a letter to the Government of the United Kingdom ( published on The Guardian and The Independent) giving her vision over the sovereignty of the Falklands Islands because according to them these little islands must be part of this South American country therefore United Kingdom should give them back because, amongst other claims, the Falklands are extremely far from Great Britain and were stolen badly. 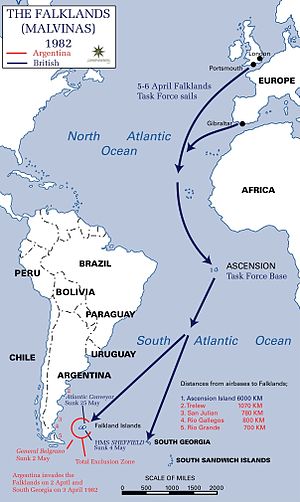 Prior to this letter, whilst an International G20 meeting took place in New York City, Cristina Fernández de Kirchner stopped David Cameron, the premier of Great Britain, confronting him so that take issue with  the sovereignty over the Falklands. You can see the images below. Both this last letter and the call on David Cameron to discuss during that meeting did not have an official answer from British officials, nevertheless one of the most read newspapers of the entire world, British tabloid The Sun decided to drop  the Government of Argentina a line  giving its own vision about the situation of the Falklands. Although the two letters embarrassed many, others  felt proud of this kind of patriotic struggle, the letters are really interesting and can be discovered right now.

Not long thereafter British tabloid The Sun decided to write the following letter answering Kirchner. It was published in some Argentine papers in English and Spanish. What is more, some journalist representing The Sun explained to the people of Argentina what is the real situation.

THE SUN SENDS A LETTER TO ARGENTINA REGARDING FALKLANDS

The vision vary deeply depending on the nationality of the author, in consequence, Who is right? What has to happen then? In March, 2013 inhabitants of these tiny islands (less than 3,000 people live there) went to vote in order to decide whether they regain under British rule (British overseas territory) or if they belong to Argentina. Even though the result was extremely clear as everybody who attend to vote except three people pledge allegiance to maintain the current situation, Argentina does not deem the result peremptory as they claim it is a mock referendum because the citizens of the Falklands have not the right to tell their opinion as they are descendants of British conquerors. By contrast, only a negotiation between Britain and Argentina is plausible. In fact, whilst people of Argentina disagree over many issues almost everybody in that country agrees Las Malvinas are part of Argentina, even the new Pope who was at loggerheads with the actual president of Argentina over many subjects, is on the same side of Cristina Fernández de Kirchner regarding Las Malvinas (Falklands) Furthermore, whilst Britain says that the opinion of Islanders and the inhabitants of the Falklands is what should count on the president of Argentina says these kind of referendum is "like asking some squatters if they must keep occupying an empty building that does not belong to them". Other sources say that "we respect the believe of the islanders of being under British rule but the land they live on does not belong to Great Britain". Indeed, Argentina does not want to confront officials from The Falklands that wish to have a meeting with them. Still, some countries from South America (like Uruguay or Brazil) does not recognize The Falklands either, something that can be even harsh as in a couple of years The Falklands are to be able to sell its own petrol that has been found recently and developed on its own, Argentina urges everybody to not buy it and  deny the right to have businesses with The Falklands. Even The United States of America that is the eternal friend of Britain believes there must be an agreement or negotiation between Britain and Argentina even though the opinion of the population of the Malvinas is far too rotund. Also, UN urges both countries to start negotiations that are not something Britain considers at all as Britons claim that the residents of The Falklands must take part and the opinion of Falklanders is loud and clear in one direction. As a matter of fact, many point out that Argentina did not even exist as a country when Great Britain  first conquered The Falklands. 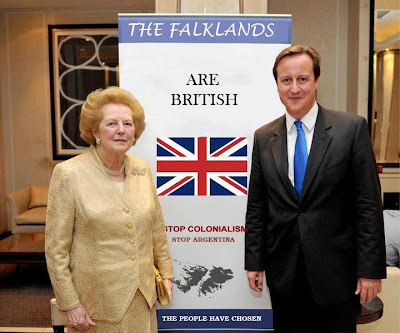 Something that is really surprising is that Margaret Thatcher (passed away recently at 87) was bound to lose the elections clearly during the first years of her period in power (she would not be such an important political figure as she is today), but as a Falklands war took place the popularity of Thatcher grew rapidly that she was elected many more times becoming a political icon. The war lasted 74 days, 649 Argentine people died while 255 British  and 3 people from the Falklands perished. The war ended on 14 June 1982 having started on the 2nd of April of that year because of a sudden invasion throughout The Falklands. Moreover, in those years Argentina was under the rule of "Junta Militar" (Ruling Military Government) it was no a Democracy that was only established after the defeat of Argentina in that war thus one realises that  supporters of Thatcher and supporters of Democracy in Argentina may love these little tiny islands so mad as they remind them of something joyful hence the passion for this small part of the world, albeit  the fact The Falklands has now profitable petrol might help though, (might not??)

Official flag of The Falklands


Who do you think is right, Argentina, Great Britain (or the islanders!!!!). Please, comment, rate and share to convey your opinion. Argentina and Britain are obdurate and will remain so. Meanwhile, time passes by and the people of The Falklands are ready to sell their petrol and go to vote (again) even though no many (Halcombe aside) pay attention to them