The towering People´s Republic of China is analysing one of its most important policies, the one-child scheme that prevents Chinese families from having more than one child, a law that was passed in 1979 and it is being scrutinised right now as there are concerns about the impact the future may bring to China. In fact, some experts have pointed out that there might be not enough young workers (only one worker for two retired people) so that pay the cost of living of the elderly, a population segment that  is growing  swiftly and steadily. Chinese fertility rate is at somewhere in the region of 0,7 resulting in one of  the lowest  birth rates of the entire world. 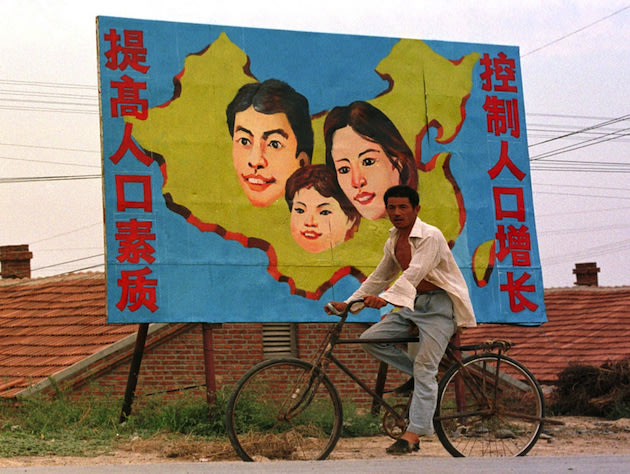 
However, some critics say that it is only to be eradicated because the real target has been already achieved that was nothing but  to have a strong control of the population  rather than the recurrent belief that is was necessary for the Chinese Economy. Even so, there are other less controversial issues yet even more relevant and evident cropping up in the Chinese society like a huge number of bereaved parents that have lost unfortunately their only one child  facing now the last days of their lives alone. There are ten million Chinese couples that have experienced such a grievous event and feel frustrated and sad.

Moreover, it has been discovered that there are a lot of abortions (280 million abortions thus far since it was first implemented) so that no breaking this law as well as other controversial revelations that are resulting in a growing number of people that are ready to not lend countenance anymore to  one child policy something in the past did not happen hence the Chinese Government is now studying how to cope with this new predicament.  Even many people that live in cities state that whether it is a prohibition or not they would still prefer to have one child anyway, as a result,  Why should China keep the one son policy that provokes so many abortions and social problems ? One Son Policy in China Let me clarify one-child policy as  no everybody is obliged to follow the law, foreigners living in China, residents of Macau and Hong Kong are no under the rule. Other ethnic minorities are excluded as well as people from remote rural areas if their first child is a girl. What is more, wealthy Chinese families that wish to have more than one child pay easily a hefty fine to the Government of China in order to create a larger family but they would not have as much benefits from the Chinese State as the rest of the population can obtain. Furthermore, if you first child has serious disabilities, retardation... you may be allowed to have another child. Finally, if both parents are an only child too one child policy may no be applied either.


Even though in 2008 there was a promise that guaranteed the endurance of this law for at least other ten years as it was deemed an unassailable pillar of People´s Republic of China there are so many hints to the end of one-child policy or at least some relevant changes. What do you think? Do you believe one-child policy is something positive or China should permit Chinese families to have the amount of children they wish? There will be a real impact in China if one-child policy change? Did China have an underlying target that has been achieved?