Charlie Hunnam and Dakota Johnson to star 50 shades of Grey

British actor Charlie Hunnam, known for his roles on Queer as a folk, Sons of Anarchy or most recently, Pacific Rim is the hunky man selected to appear on 50 shades of Grey acting as the rich, handsome and perfect playboy Christian Grey, one of the most famous literature characters of the current century.  His female counterpart to whom he is to have more than words  will be the daughter of Melanie Griffith, Dakota Johnson in one of the most awaiting movies of the last times. 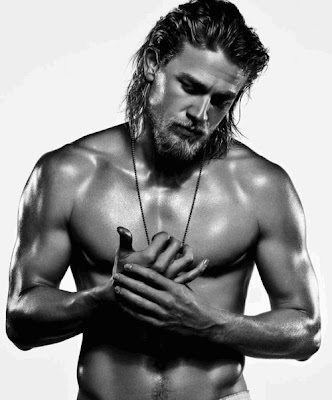 
There were a lot of rumours regarding other well known actors such as Mark Bomer or Emma Watson, yet perhaps it is not so easy to find famous actors ready to perform hot scenes on movies these days.


What do you think? Are the two aforementioned actors good enough to play such coveted characters? Will they live up expectations? Trilogy 50 shades of Grey is one of the most ever read and bought books, intended to entertain female audiences above all, it was written by E.L. James. I do think Charlie Hunnam is a far much better option than Dakota Johnson as he has appeared on different movies and television series whilst Dakota is inexperienced.

Dakota Johnson will be Anastasia in 50 shades of Grey.
Posted by Halcombe Norilsk
Email ThisBlogThis!Share to TwitterShare to FacebookShare to Pinterest