1137
The Crown of Aragon was born after the marriage of Petronilla of Aragón and Ramón Berenguer of Barcelona in 1137 (others say the proper time to take it into consideration is 1162 or 1164) as the Kingdom of Aragon (1035) and the County of Barcelona were united. The city of Zaragoza was the most important city of the Crown of Aragon although during some time it was Naples and Barcelona was also one of its main places. As a matter of fact,  Kings were crowned in Seo´s Cathedral in central Zaragoza, its splendour was throughout 13th and 14th centuries. At its highest peak, it owned important territories such as Catalonia, Valencia, Malta, Naples, Athens, Sardinia or Majorca. Nevertheless, it was never a centralised empire, it was an unified system whose different kingdoms had their singularity. 1469
Later on, the Aragonese king Fernando married Isabel, queen of Castille in 1469, it was a Dynastic Union. They were called The Catholics Monarchs (Reyes Católicos) Even though many historians see these marriage as the birth of Spain as an unified single country, both kingdoms kept some of  their peculiarities and systems, every kingdom, for instance, maintained their traditional institutions, parliaments and even laws, it was an union with important interests.


1701-1714
Time passed by  and   War of The Spanish Succession took place which lasted from 1701 until 1714, it was an international event with many countries involved in a long conflict. Carlos II died without a male heir,   the Grand Alliance (Great Britain, Dutch Republic and  Austria mainly) supported Archduke Charles and The Two Crowns (France and Bavaria mainly) supported Philip V. Spain was divided between whom support Charles (Austrian candidate) and whom support Felipe (Bourbon candidate). The war  ended with the Treaty of Utrecht (1713) and Rastatt (1714) which recognised Felipe V as the King of Spain (Bourbon dynasty). The Crown of Aragon disappeared due to Nueva Planta decrees (1716) and the establishment of the Bourbon dynasty with the Kingdom of Felipe V, thereby Barcelona, Valencia and Zaragoza lost their political autonomy as a new centralised Spain was created albeit Kingdom of Navarre and Basque provinces kept their laws and institutions as they had supported the Bourbon candidate. Some historians believe Catalonia could have been independent had the Austrian candidate won. On the other hand, others believe this is the moment when an unified Spain was really born. The only clear matter is that Crown of Aragon died forever!!!.


HISTORIC MEMBERS OF THE CROWN OF ARAGON (EXTRACTED FROM WIKIPEDIA)

1978 SPAIN
Modern Spain was born with the Constitution of 1978 which determined that Spain was divided within 17 regions, each one of them has their Parliament, constitution, history. Some like Catalonia, Galicia and Basque Country have even their own language. Since then, Catalonia has been clearly  one of its most important regions. Crown of Aragon

2012 CATALONIA
In 2012 Artur Mas the president of Catalonia decides that the time has come for Catalonia as their citizens should have the right to decide whether they wish to keep being within Spain or not as he thinks Catalonia could be better off without Spain because Central Government borrows too much money from it. Yet, there is not as easy as it can be deemed as Spanish law does not allow this kind of plebiscite, let alone that this referenda should be held in Catalonia alone. 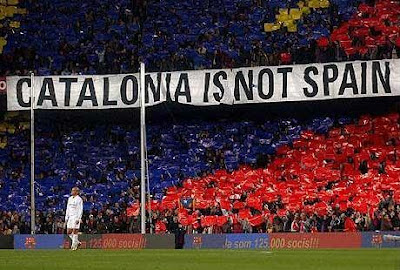 Catalonia is not Spain according to some

Catalonia is rich and powerful, yet it is the Spanish most indebted region. Indeed, Catalonia had to borrow a lot of money from Madrid some months ago. 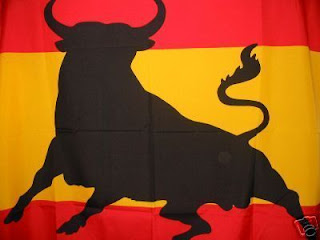 España, Spain and one of its symbols..

What is more, there are a lot of different parties in Catalonia, each one has a different project and perspective. Furthermore, it would not be as easy as it seems to be within the European Union if Catalonia is to be on its own, a great clash of interests and an a conflict would start. Likewise, some scandals related to Catalans politicians have appeared, finally, so disappointing the results of the recent elections in Catalonia have been for the strongest Catalan party, CIU that these elections have damaged his until recently  relevant main position as the leader of Catalonia.They even could have made a mistake conforming elections so early (Artur Mas had two remaining years as president of Catalonia) and now they must talk to other parties which are contrary to them in many aspects.(ERC, PSC and even PP). In consequence, the dreams of Artur Mas have experienced a defeat. All in all, it is clear that Catalonia is living an historical moment.


EUROPE
European Union with its politics, laws, Constitution and even currency wants to convey the idea that Europe is an unified single movement which works together. Yet, we all know this is not true, every day there are more and more discussions as many parts of them do not want to be deeply involved (Britain). Some parts have not backed the Constitution (France, Netherlands) or have not adopted the  currency (Denmark, Sweden or Britain), and small territories want to become independent.(Scotland, Catalonia) 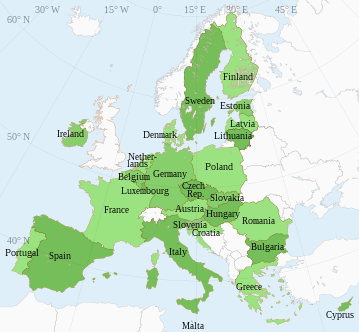 There are a lot of regions within Spain and we are living in the European Union, if one wants to compete against giants like USA, China, Japan or China we ought to be united, this year China is to overcome the whole Europe. However, we are talking every day about Spain, Catalunya, Basque Country....We are weaker and weaker and Europe is so feeble that we are to be irrelevant within years. Whilst in Europe we are discussing matters about nationalities and the creation of  small new nations, emerging countries which were secondary actors in the past are becoming the main actors of the current reality. The only truly future that Spain, Catalonia, France, Britain, Germany, Italy, Scotland... have is to be united in a strong single Europe, yet it is no to fully happen as many Europeans still think of themselves as really relevant and prevent Europe from working together, there are different interests such as big enterprises which want inequalities between countries and many smalls regions want to be independent or on his own as they have a different language and history.

Most of the population would not have their lives improved if a new small country (whichever named is given) is created in Europe. (Or at least this is what Halcombe Hackney Norilsk strongly believes!!!) Henceforth, I strongly hope you will not have any doubts as far as Spain, Catalonia, Crown of Aragon and European Union are concerned!!!
Posted by Halcombe Norilsk
Email ThisBlogThis!Share to TwitterShare to FacebookShare to Pinterest