Scarlett Johansson and Matthew McConaughey for Dolce and Gabbana

"I love those streets, they are part of me because that´s where I grew up" Marty Scorsese. 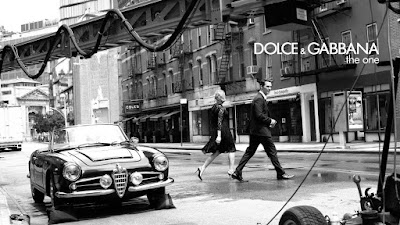 Christmas is coming!!! Abounding Perfume commercials are awaiting us on stores. Television does not stop broadcasting them although we should not trust all in unison because many are maladroit produced being not so great nor so fabulous. In concordance, Halcombe is to teach you a lot regarding perfume starting with Italian brand Dolce and Gabanna. Exactly, D&G The One new commercial with Scarlett Johansson and Matthew McConaughey that has been directed by Martin Scorsese. Scarlett Johansson The One

Scarlett Johansson and Matthew McConaughey are perfect for this D&G commercial owing to their beauty, charm and style. What is more, given that they were on the commercial of Dolce and Gabbana The One separately it was high time they were together on this occasion. The pictures have been taken by German photographer Peter Lindbergh. 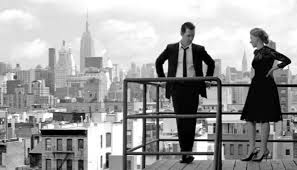 Scarlett Johansson for Dolce and Gabbana onStreet of Dreams

Street of Dreams directed by Martin Scorsese
The intention of this Dolce and Gabanna campaign was to evoke both the Golden years of Hollywood and the icons of Italy. D&G are unique to represent this kind of feeling, Designers Domenico Dolce and Stefano Gabanna, the creative team of this special fashion brand are from Italy and have conquered the world (as Hollywood has achieved) without forgetting their origins (as many Italian stars did) It is not the first time we tell of a great Dolce and Gabanna campaign, we also published some information with regards to the series Italian family with beauties Monica Bellucci and Bianca Balti last Spring.

Martin Scorsese himself has a lot to say here as his parents are Italian immigrants and he has attained anything a filmmaker can wish for feeling always proud of his background. One of his first movies was Mean Streets keen on showing the dangers yet the charm of the big city and the people who happen to dwell in the nightlife with Robert De Niro who also has Italian origins as one of the main protagonists.

Street of Dreams, Dolce and Gabanna

Scarlett Johansson has the beauty of a classic movie star and Matthew McConaughey is one of the best actors in the current age of Hollywood becoming a new modern version of the classic Robert De Niro, after being snubbed for a far long time he is now rendering great performances as his recent movies show; Mud, Paperboy, Magic Mike and the one he is to open soon Wolf of Wall Street that will appear on this blog soon and as this Dolce and Gabanna commercial has also been directed by Martin Scorsese and has Leo DiCaprio therein.
Street of Dreams. Dolce and Gabanna

DOLCE AND GABANNA COMMERCIAL THE ONE