Germany beat 3 World Cup Champions in a row, France, Brazil and Argentina scoring 9 goals and only allowing one to win another World Cup title. Germany Football Team has won 4 World Cups being runners-up other 4 times. Still, they have ended in the 3rd position other four times thereby we can assure German National Football team is the best ever. So proud Germans are that Angela Merkel render a special visit to her boys in order to congratulate the new World Cup winners. Besides this picture of Angela Merkel you can fin the amazing record of Germany National Football Team throughout World Cup  and European Championship history.

Overall: Germany has won 3 times being Runners-Up other 3 times 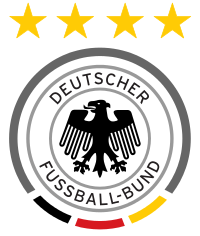