Why does Mark Zuckerberg speak Chinese?

Did Mark Zuckerberg founder of Facebook and youngest billionaire ever learn Chinese for pure enjoyment or does he have other less humble intentions? The family of her wife Priscilla Chan is from China, her grandparents for instance do not speak English although it is said they are from the South of China hence they are more comfortable speaking Cantonese than Mandarin Chinese. (There are lots of different dialects as well that are unknown to Chinese people who do not come from the same region). As a result, I suspect Mark Zuckerberg would love to see Facebook installed in China successfully thus he want to impress Chinese citizens as Westerners do not dare to learn Asian languages. Am I wrong? I am not completely sure but seeing Zuckerberg speaking Chinese is somewhat outstanding as it is said Chinese is the most difficult language to learn, Zuckerberg being American does have everybody begging him for chatting a little bit in English, this is the reason people cheer him any time he says a word in Mandarin Chinese as you may discover following the video. Read an improved version of this post Mark Zuckerberg 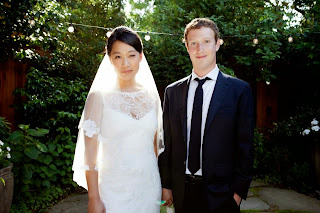 Do not pay attention to those who deem Zuckerberg's Chinese as horrendous. Do they speak it? His pronunciation was bad as it would be ours if we try to pronounce it because master its sounds is overly complicated, but people understood him nonetheless, something remarkable. Mark Zuckerberg has been studying Chinese for 4 years and even Chinese citizens do not dominate their language fully as it is really tricky and arduous. Only a few do because you do not need to know all Chinese Characters (there is even a distinction between Traditional Chinese that is used mainly for Academic Purposes and it is even harder and Simplified Chinese that is learnt by foreigners for instance that was established to made easier this difficult language and to unify modern China, this is named Chinese Putonghua too that means literally common speech which it is the official language of China and is understood by all its citizens despite its regional dialect). All in all, we must congratulate Mark Zuckerberg´s achievement (but his real intention is...) Do you speak or study Chinese? What can you say about the most spoken lingo in the world? Do share, rate or comment. Read this in Spanish Mark Zuckerberg
Posted by Halcombe Norilsk
Email ThisBlogThis!Share to TwitterShare to FacebookShare to Pinterest