There was no clue at all with regards to the artist David Bowie,  some said he was too old to work, many thought he was sicked others just retired as his legend had been expired, indeed, when he was seen on New York City buying some food on a Grocery Store some journalists mocked him due to his look and his gone fame. Nobody guessed then he was preparing a new album that is one of the best of 2013, let alone that he was going to be on a Louis Vuitton Commercial; L'Invitation au voyage acting for the emblematic French label as you are to discover here. 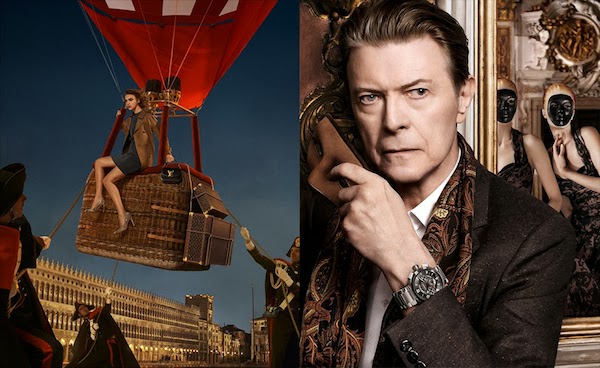 One of the best albums of this year and one of the best songs too is The Next day, on this videoclip appear French actress Marion Cotillard and British actor Gary Oldman. The videoclip is a masterpiece, What are you saying now Journalists? Do you still believe Bowie was over? Album The Next Day is the first Number one album of David Bowie in United Kingdom since 1993.

THE NEXT DAY VIDEOCLIP WITH MARION COTILLARD 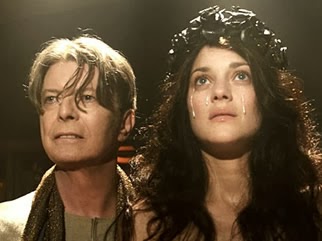 
Some Christian Institutions critized the videoclip of The Next Day dismissing it as blaspheme and overlaid with a tawdry taste. However, we ought to scrutinise David Bowie´s song from an artistic point of view, in musical terms, The next day is an outstanding song. Another great videoclip from this new album of David Bowie is The Stars (are out tonight), on this occasion the Oscar winning actress therein is Tilda Swinton.

DAVID BOWIE THE STARS (ARE OUT TONIGHT) 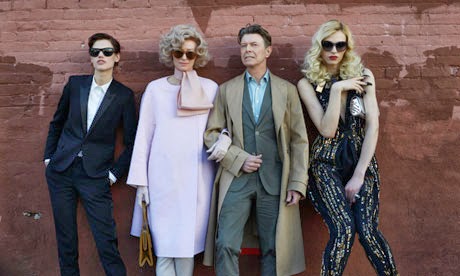 
Without making any noise, with no publicity stunts just as it was in the past, only art and hard work David Bowie has conceived and produced The Next Day one of the best albums of 2013 making the return of David Bowie a key moment in music industry. Likewise, David Bowie has appeared on a Louis Vuitton advertisement with the American model Arizona Muse. 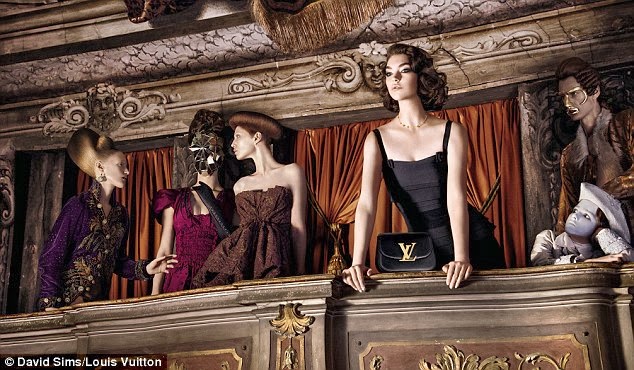 
On this advertisement we can hear the song of David Bowie I would rather be high while glamorous guests attend a party in the captivating Venice, the cool Italian city. Arizona Muse arrives at Piazza San Marco. Furthermore,  David Bowie plays the harpsichord. On the first episode Arizona Muse receives a letter, an invitation subsequently leaves Paris.


Louis Vuitton was named 6 years in a row as the most valuable luxury brand of the entire world, its value is somewhere in the region of 27.9 billion USD. Louis Vuitton is a prestigious fashion brand that sell numerous types of products. His Creative director was the renowned Marc Jacobs who has made the label even more famous and prestigious, he is no longer involved with Louis Vuitton, yet the future of the French label stills resembles promising as the new creative director is Nicholas Gesquière.

Before assuring someone is creatively dead, make sure he is no making a great album and involved in an important Fashion Campaign as David Bowie has been, otherwise you look ludicrous and laughable!!!

What do you think of this new David Bowie´s album? Do you like the Advertisement for Louis Vuitton? Do share, rate or Comment but first of all. Have a nice day!!!